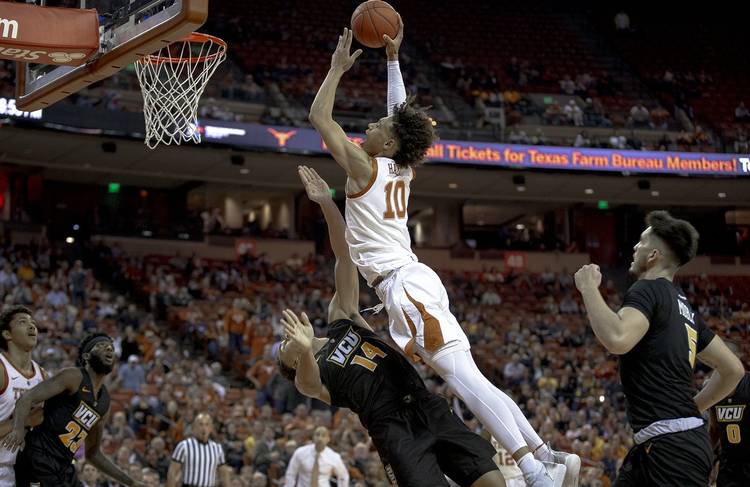 About the Longhorns: The coaches can’t stop saying good things about F Jaxson Hayes’ development. “He does what you tell him to do,” coach Shaka Smart said. “That’s more a matter of parenting than anything else. That’s why he’s been so successful.” Hayes played sparingly as a high school junior and then started rocketing forward. He’s 14-for-15 in the last three games shooting. Smart said he will soon start looking at Big 12 opponents. UT opens league play on Jan. 2 at Kansas State. After the Providence game, Texas players will break for the holidays.

About the Friars: Earlier this month, coach Ed Cooley announced that standout freshman G A.J. Reeves would miss 4-6 weeks with a foot injury. He had already turned heads in the Big East with a strong debut, averaging 14.2 points per game. G Maliek White was moved into the starting lineup and had 18 points against Central Connecticut. White’s made 34 percent of his 3-pointers in three seasons. It’s is a young team overall, but one with talent. Freshman David Duke had 20 points against South Carolina. Jimmy Nichols Jr. already has double-digit blocks this season. Cooley’s teams are 48-21 over the last six years in games decided by six points or less.