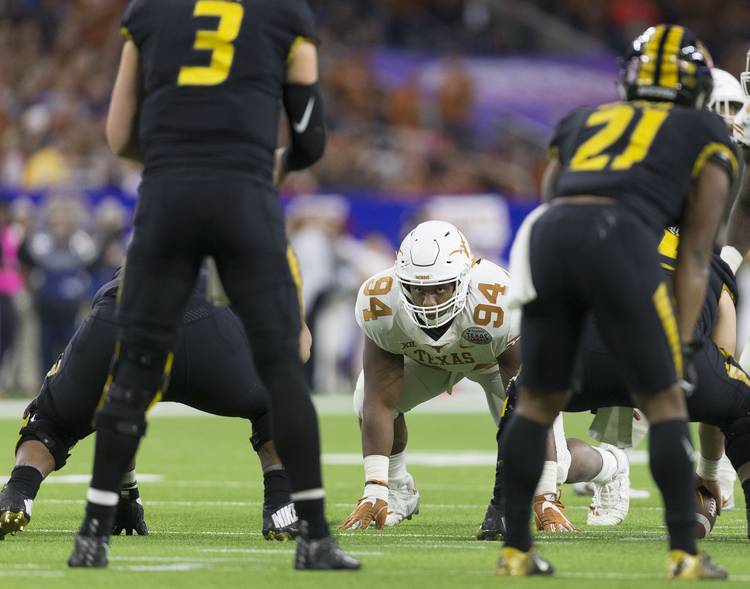 Since the Sugar Bowl is being held in New Orleans, Texas junior defensive lineman D’Andre Christmas-Giles will get a chance to play in his hometown. In fact, Texas senior Anthony Wheeler said this week that Christmas-Giles says “he’s got a few spots he’s looking about taking the team to.”

The Longhorns, though, will need to chat with junior nose tackle Gerald Wilbon if they want to discuss what it’s like playing in the Mercedes-Benz Superdome.

Like the state of Texas, Louisiana’s high school championship games are held in an NFL stadium. Of the three Louisiana Longhorns on UT’s roster, Wilbon is the only one who reached a title game in high school.

Wilbon attended Destrehan High, which reached the Class 5A title game in 2014. The Wildcats, however, were upset by defending champion Acadiana in the finale. The 23-7 loss was Destrehan’s only defeat of the season.

A Destrehan defensive line featuring Wilbon and Glen Logan, who is currently a sophomore at LSU, limited Acadiana’s veer offense to 153 rushing yards. One of the Rams’ three pass completions, though, was a touchdown pass. Offensively, Destrehan (14-1) was undone by three turnovers.

The loss in the Superdome closed out Wilbon’s junior season. As a senior, Wilbon was a three-star prospect that helped lead Destrehan to an 11-1 record. Over three seasons at Texas, the 6-3, 310-pound Wilbon has appeared in 32 games.