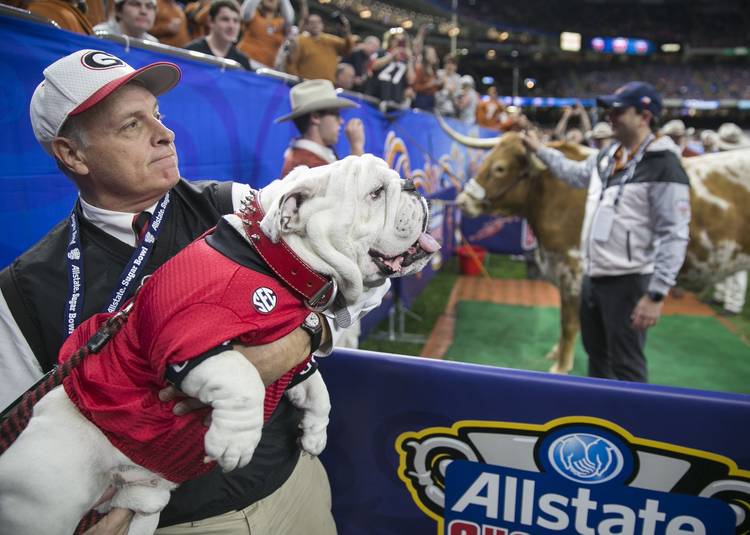 Hey, I have some questions about a local steer. But first, please allow me to tell you, I told you so.

One of my predictions for this new year already has come true. You’re welcome. In my recent checklist of things that will happen in 2019 I said the Texas Longhorns would defeat the Georgia Bulldogs in the Sugar Bowl.

I told you so.

As a disappointed-but-not-surprised Georgia fan, I offer my kudos to Longhorn Nation on a well-earned victory. At least for this week after this win, I might try to persuade folks that I am related to Coach Tom Herman.

OK, Horn fans, now let’s talk about that mean, menacing, marauding mascot of yours. Though it played as cute on lots of highlight shows, Bevo’s brief breakout at the Wednesday night game was not adorable. It was bad and could have been worse, as photographers and others at the scene can tell you.

This is a big animal with horns that are long.

To read Ken Herman’s full column on the Sugar Bowl “incident” and what it could mean to the UT/A&M rivalry, click here.