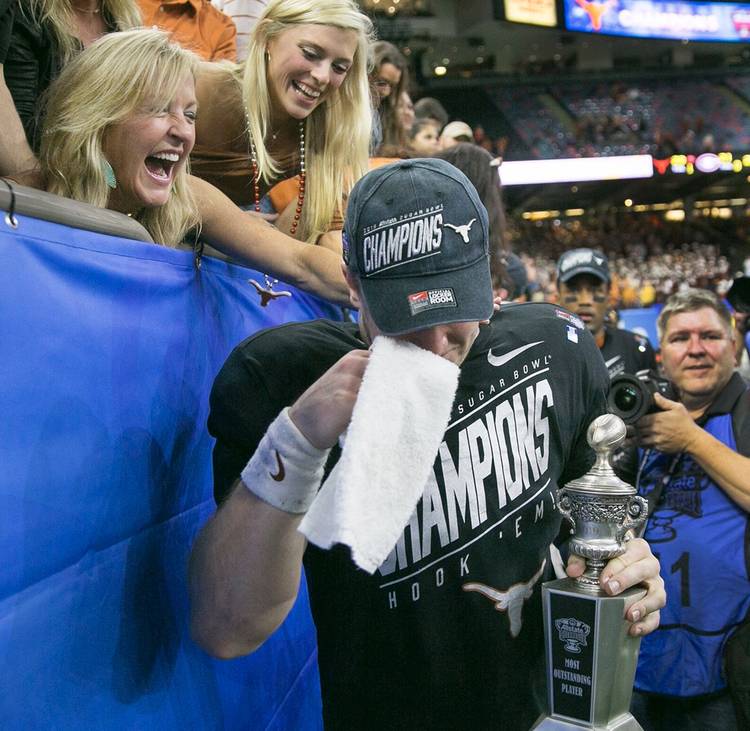 Texas quarterback Sam Ehlinger (11) wipes away his tears after speaking with his mother during the Sugar Bowl NCAA college football game in New Orleans, LA.Tuesday, January 1, 2019. [RICARDO B. BRAZZIELL/AMERICAN-STATESMAN]

Before heading to the locker room to celebrate the Longhorns’ 28-21 win in the Sugar Bowl with teammates, Ehlinger (with tight end Andrew Beck) visited with his family who were in the stands.

ESPN captured the emotional moment that left the game’s most outstanding player tearing up after talking to his mom, Jena, and sister, Morgen:

ICYMI: After his Sugar Bowl win, @TexasFootball QB Sam Ehlinger shared an emotional moment with his mom in the stands. pic.twitter.com/IqcSlbMS4d

Ehlinger finished the night completing 19 of 27 passes for 169 passing yards, but Texas fans will remember his performance due to three rushing touchdowns he had, including the game-clinching one on fourth down from the 1-yard line in the fourth quarter.