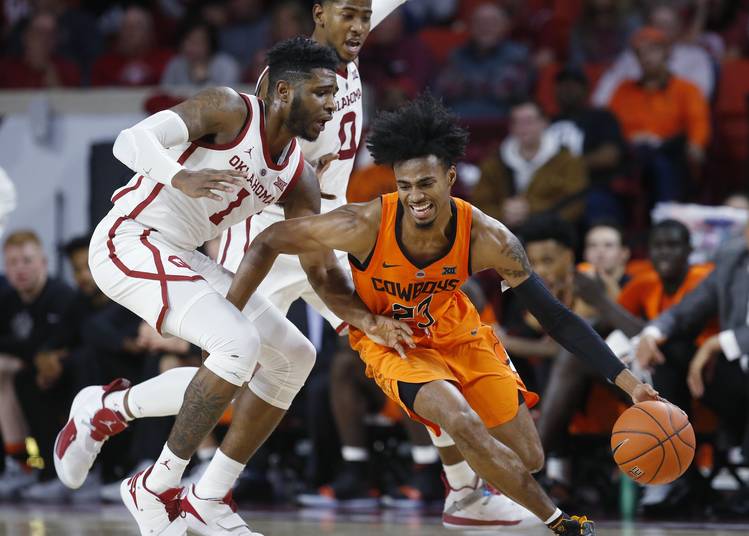 About the series: Texas leads the all-time series 50-43. In their last trip to Stillwater, the Longhorns had a 12-point lead with 14:07 left but it slipped away as the Cowboys grabbed a 65-64 come-from-behind win.

About the Longhorns: Coach Shaka Smart is examining ways to get more playing time for guards Elijah Mitrou-Long and Courtney Ramey. “For those two guys, what we see is the level of energy on the floor typically does increase when they go in the game,” Smart said. The best lineup with those two include guard Matt Coleman III and Kerwin Roach II. Guard Andrew Jones is expected to rejoin the team this week, Smart said. Jones, who has been diagnosed with leukemia, was given permission to leave the team in December and for a pre-planned treatment in Houston. He should be on the bench for Saturday’s game against Texas Tech.

About the Cowboys: Don’t be deceived by Oklahoma State’s sub-.500 record. Coach Mike Boynton’s team can play solid defense. OSU held Oklahoma to just 36.2 percent shooting last Saturday. It was the second straight game the Pokes held its opponent to a season-low shooting percentage. For years, this program has always been able to run and score in transition. Junior Cameron McGriff nearly posted his third-straight double-double, something that hasn’t happened since Desmond Mason pulled it off during the 1999-2000 season. OSU is 5-2 when McGriff scores 14 points or more. OSU is plus-25 in the last four games whenever Curtis Jones is on the floor.