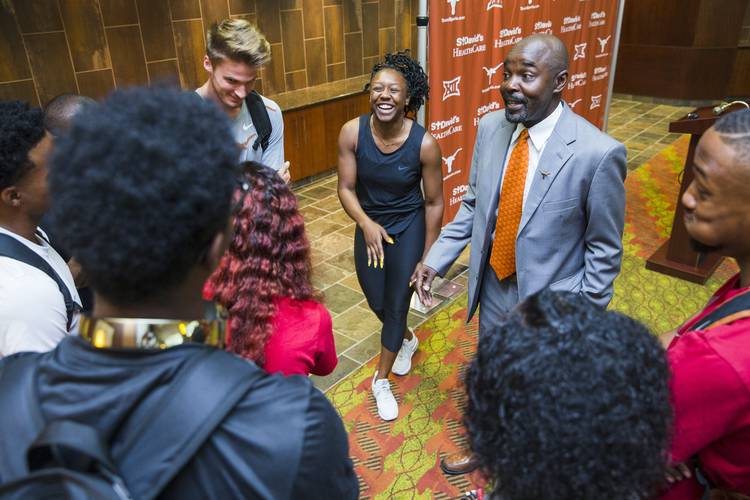 All-American Tara Davis has joined the Texas track and field program after a contentious transfer from Georgia, the school announced on Wednesday.

Davis, who is currently a sophomore, must sit out the 2019 seasons due to the NCAA’s transfer rules. When she is eligible to compete, she will resume a career that saw her earn All-American honors as both a hurdler and long jumper. Davis, who was born in Texas, went to high school in California.

“We are excited to welcome Tara to the Forty Acres,” Texas coach Edrick Floréal said in a statement. “She had numerous options but we are very excited to have somebody with her ability and potential join our program. She brings an element to the team that we needed and wanted and we are excited to have her coming back home to Texas to be closer to her family.”

Wednesday’s announcement was the latest twist in a strange saga for Davis. In December, Davis revealed her plans to transfer. Georgia coach Petros Kyprianou then tweeted that Davis was heading to Texas. Davis later released a video that refuted her ex-coach’s claim and pleaded for a release her from her scholarship.

According to a team source, Texas remained among the schools that Georgia would not permit a transfer to. Thus, Davis must sit out until the 2020 indoor and outdoor seasons.

In a UT press release, Davis said that “Texas has always been my dream school and I’m excited to have the opportunity to return home. I am disappointed that I will be unable to compete this upcoming season, but I’m excited to be a part of this program. With my aspirations to go pro, training under Coach Flo and this staff will help take me to the next level.”

Even though she is a newcomer, Davis is not completely unfamiliar with Texas’ signature meet. As a high school student, she won triple jump competitions at the Texas Relays in 2015 and 2016. Her 2016 mark of 43 feet, two inches stood as a meet record for two years. At this past spring’s Texas Relays, Davis won the invitational 100-meter hurdles with a time of 13.04 seconds.