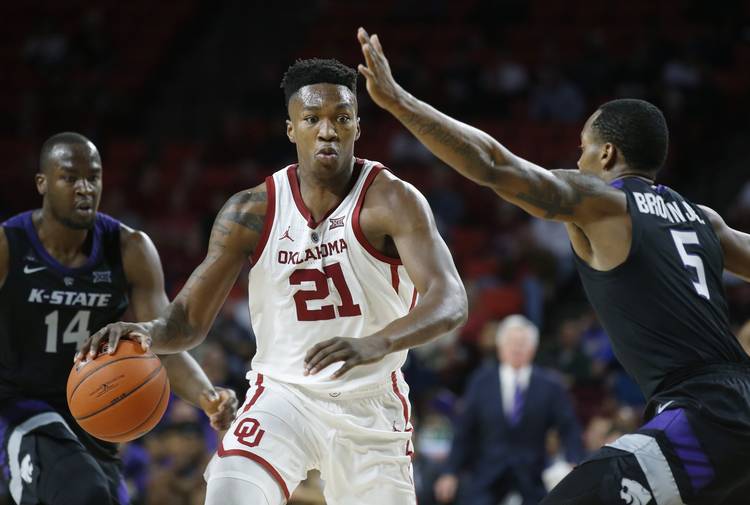 About the series: Oklahoma leads the all-time series 54-39. The Longhorns are 3-0 against the Sooners at home under coach Shaka Smart. UT is 22-18 in the series at home.

About the Longhorns: In UT’s current three-game skid, the perimeter defense has been porous. Oklahoma State, Texas Tech and Kansas combined to hit 43.3 percent of its 3-point shots. Texas is shooting 28.9 percent from downtown in the same stretch. G Matt Coleman is up to 27 assists and just three turnovers in five Big 12 games. That’s a staggering 9:1 ratio. The first 1,500 students will get a “Ball The Live Long Day” shirt (section 44). Fans can also take their picture with the Sugar Bowl trophy (outside section 20). Football coach Tom Herman’s team will be honored at halftime for UT’s win over Georgia. “I think all of us are hoping for a sold-out crowd,” Dylan Osetkowski said. “Last year, the crowed was through the roof. It was ridiculous. So we’re hoping we can emulate that again.”

About the Sooners: Coach Lon Kruger’s club ran into a Kansas State buzzsaw on Wednesday. The Wildcats came to Norman, Okla., and bumped off the Sooners 74-61. It was OU’s first home loss of the year while also being K-State’s second straight road win over a ranked opponent. Christian James had 20 points and became the 45th Sooner to score 1,000 career points. He’s averaging a career-high 17 points this season. OU is the best offensive rebounding team in the Big 12 and ranks third overall in rebounding margin (plus-4.7). That results in a ton of second-chance points for an outfit that ranks fifth in field-goal percentage (.445). Kruger’s club may not make the first shot attempt, but the Sooners hustle for second and third chances.