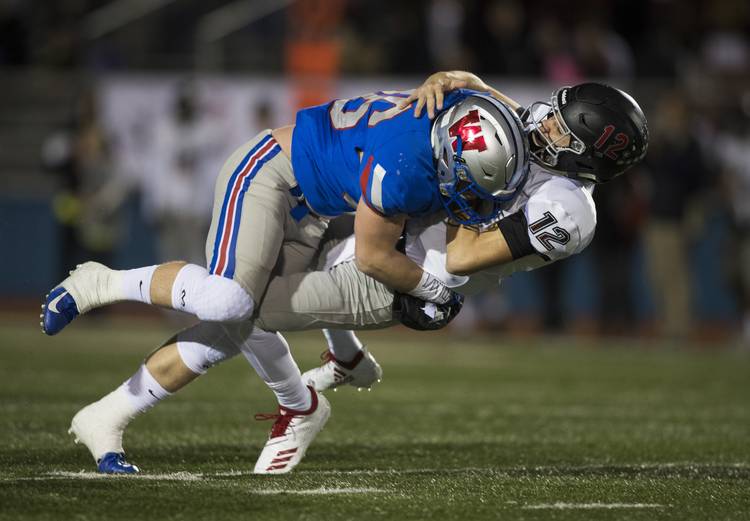 One day, might the Texas football team have an Ehlinger starting on both its offense and defense?

Westlake High linebacker Jake Ehlinger announced on Saturday that he will join UT’s football team in 2019. Ehlinger will be a preferred walk-on at Texas. UT had extended a walk-on offer in November.

Ehlinger, of course, is the younger brother of Texas starting quarterback Sam Ehlinger. Sam Ehlinger will be a junior next season.

So blessed to be able to say I have officially decided to continue my academic and athletic career at The University of Texas 🤘🏼🤘🏼 pic.twitter.com/hdfymBKvZ3

Jake Ehlinger was an All-Central Texas honoree at Westlake this past season. He led the Chaps with his 97 tackles. Ehlinger also recorded six sacks and two forced fumbles. A state semifinalist, Westlake allowed 9.3 points per game in 2018.

Ehlinger had received interest from the football programs at Brown, Incarnate Word and Penn. 247Sports rates the six-foot, 205-pound Ehlinger as a two-star prospect. He joins early signees De’Gabriel Floyd, David Gbenda and Caleb Johnson among the linebackers in UT’s 2019 recruiting class.