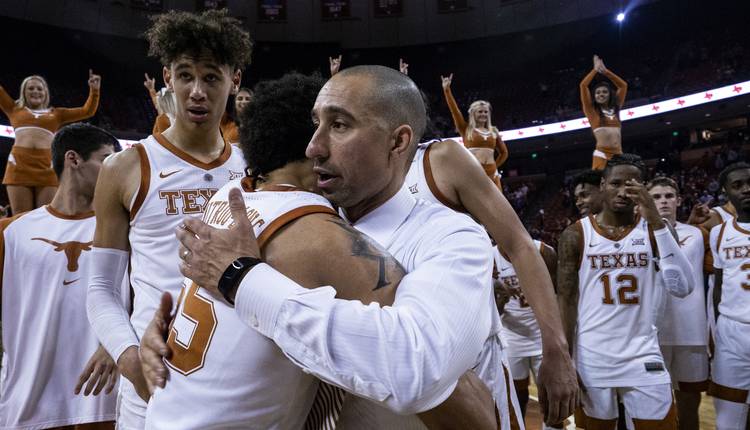 Texas men’s basketball coach Shaka Smart said Monday that adults have a responsibility to remind younger generations of Dr. Martin Luther King’s impact on society and why the nation celebrates his life with a national holiday.

“We’ll talk about it today,” Smart said before Monday’s practice. “I make sure every year to talk about it with (the players). This is a really, really big deal. There’s not a ton of national holidays. A while back, our country decided to dedicate a holiday to Dr. Martin Luther King Jr. So it’s something that I make sure to talk about with these guys.

Asked if he relied on previous King quotes for inspiration, Smart said, “In terms of quotes, I have a bunch of his quotes on my quote list.”

“My wife and I actually took our daughter to Birmingham (Alabama) last spring in May and got a chance to go to the civil rights museum there and participate in some activities commemorating the Children’s March there,” Smart said.

“The biggest thing I took out of that relative to Dr. King is just his unbelievable faith and commitment to the cause and obviously a much larger cause than anything that is sports related,” he said. “But it is something that can relate to the things that we do.

“That commitment and that faith was unshakeable, regardless of circumstances,” Smart continued. “Literally being put in jail, having death threats and just saying, ‘Nah, this is what I’m about. This is what we’re about and we’re going to keep fighting, keep battling.’”

Smart, 41, said his players continue to get younger every year. “And as it gets further removed from that time, that era, I think it’s more on us as adults to remind them how important a time period that was,” the coach said.

Texas returns to action with a trip to TCU at 6 p.m. Wednesday.