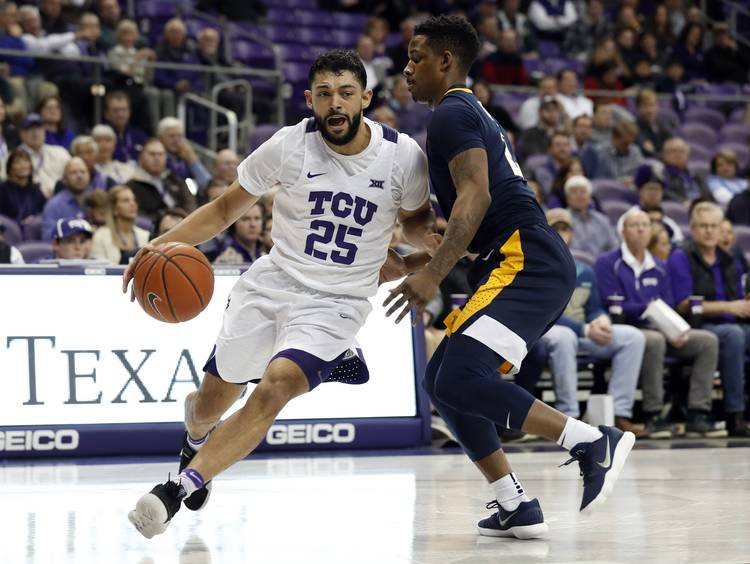 About the Longhorns: Coach Shaka Smart said he’s had the same message all season for players who get down on themselves. “Basically, forget it,” Smart said in the polite, cleaned-up version. “Whatever’s going on, whatever you might be thinking, you missed your last shot. Just be aggressive and attack.” Texas battled back from a 10-point deficit against Kansas and nearly pulled off the upset. UT had to fight tooth and nail to knock off Oklahoma. Dylan Osetkowski had his fifth double-double of the season and Kerwin Roach II had a game-high 23 points. Both seniors must serve as cornerstones the rest of the season. Jaxson Hayes is currently the Big 12 leader in blocks per game (2.56).

About the Horned Frogs: Coach Jamie Dixon’s club was without its second-best scorer, Kouat Noi, last Saturday against Kansas State. But the Wildcats led start to finish and never gave the Frogs a chance in a 65-55 win. TCU entered the game averaging a Big 12-high 80.4 points per game. That number may drift lower as the season goes on now that guard Jaylen Fisher (knee injury) has left the team. He averaged 12.1 points in nine games and provided veteran leadership. The Frogs still have good scoring threats in Desmond Bane and Alex Robinson, two guards who combine to score almost 30 points per night. Noi did not play against K-State due to illness. “We didn’t put the right game plan in place,” Dixon said, according to the Fort Worth Star-Telegram. “I felt like we followed our game plan, but we certainly got what we deserved.”