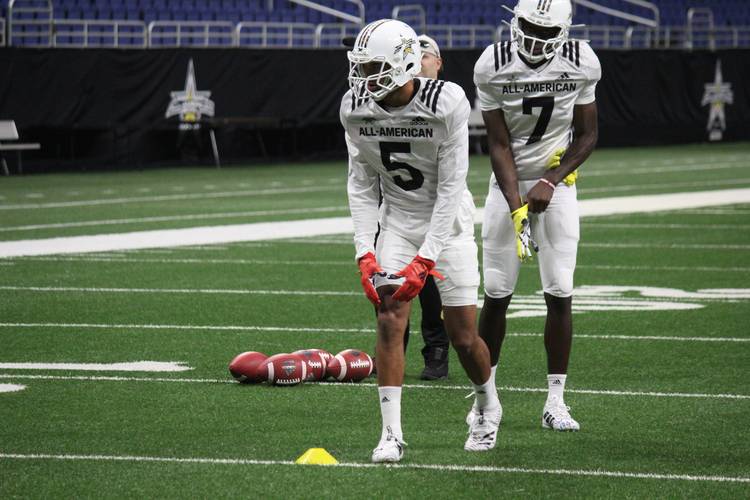 Five-star 2019 athlete Bru McCoy signed with USC, started classes and is now in the transfer portal. The Mater Dei (Calif.) product chose the Trojans over Texas at the All-American Bowl in San Antonio on Jan. 5. He started classes last week. Unless given a waiver, McCoy would be treated like any other transfer and forced to sit out the 2019 season.

Common sense suggests the Longhorns are in prime position to land McCoy, a talented wide receiver who also wants to play some outside linebacker. McCoy was pegged by the eventual replacement for Collin Johnson during recruitment. That plan could still exist if McCoy leaves USC for Texas, sits out in 2019 and then emerges as a redshirt freshman as a go-to outside receiver.