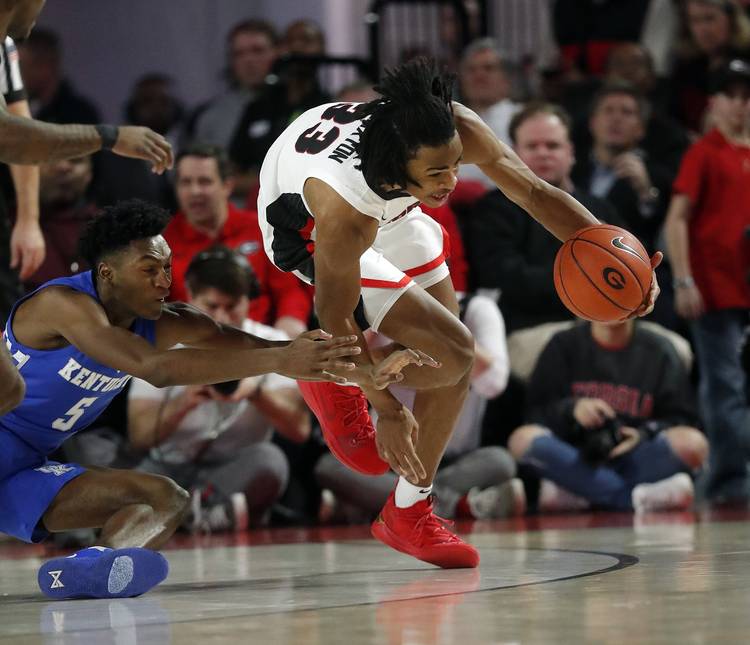 About the series: Georgia holds a 7-5 all-time series lead. These two teams also played an afternoon game two years ago in Athens in the Big 12/SEC Challenge. The Bulldogs won 59-57 when Jarrett Allen’s mid-range hook shot rimmed out just before the buzzer. That day, the curse of UT’s seldom-worn black uniforms was alive and well.

About the Longhorns: In Texas’ last five games, the average final margin was 3.6 points. Texas is 2-3 in those games. Coach Shaka Smart said at this point in the college basketball season “there is some level of mental fatigue” whereby players may not be mentally sharp or temporarily feeling sorry for themselves. “Certainly there’s some of that with our team, and I think most teams,” Smart said. F Jaxson Hayes has blocked 10 shots in the last two games combined. He’s shooting 75.5 percent from the floor, which have been mostly dunks and layups. Kerwin Roach II has moved up to 23rd on the school’s all-time scoring list (1,200 points).

About the Bulldogs: First-year coach Tom Crean watched his team turn it over 17 times on Wednesday in a 92-82 loss to No. 25 LSU. The Bulldogs are now 1-5 in SEC play. “This margin for error in this league is very, very small,” Crean said. “I think more and more people are seeing that. It’s especially small for us.” Sophomore Rayshaun Hammonds is the team’s leading scorer, but he’s been plagued by inconsistency at times. Sophomore Nicolas Claxton has been is active in the middle, which makes him a tough defensive assignment for UT’s Hayes. Georgia has the second-worst defensive total in the SEC. The Bulldogs are allowing 73.4 points per game. But it’s a team that will go after offensive rebounds. They lead the SEC in that category.