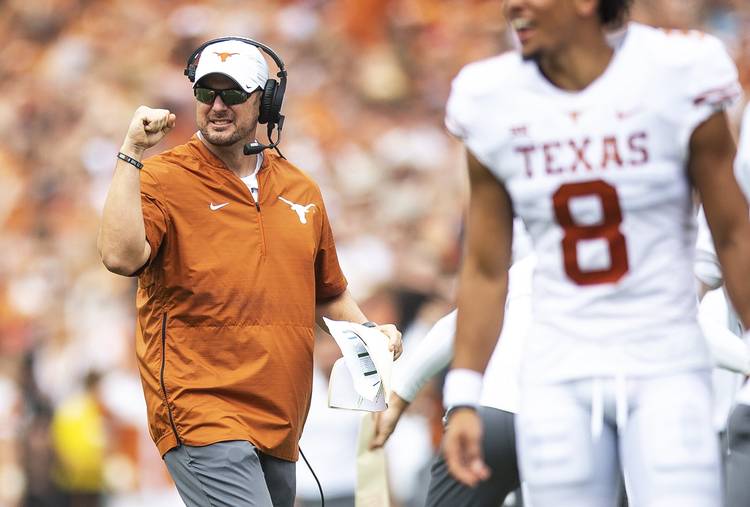 Texas head coach Tom Herman pumps his fist after a touchdown during an NCAA college football game against Oklahoma at the Cotton Bowl in Dallas, Texas, on Saturday, Oct. 6, 2018. [NICK WAGNER/AMERICAN-STATESMAN]

Texas was already scheduled to play Rice and Arkansas that season. The school was searching for a third opponent to fill out its 12-game schedule.

According to FBS Schedules, ULL was first scheduled to play Arizona State. But those two schools agreed to cancel their contract, and ASU will pay the $200,000 buyout. In addition, ULL will play a men’s basketball game at ASU during the fall of 2019 and receive a $95,000 guarantee.