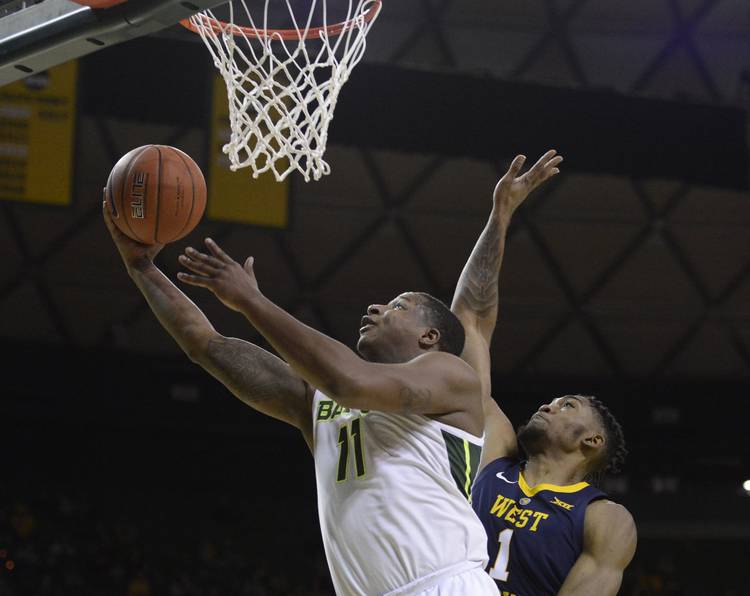 About the series: Texas leads the all-time series 163-90. The Longhorns snapped a six-game losing skid in the series with an 84-72 win over the Bears in Austin on Feb. 6.

About the Longhorns: Coach Shaka Smart was asked this week if his team was due for a break. “That’s coming. Hopefully Wednesday for sure,” he said with a sly grin. The Longhorns are 4-9 this season in games decided by six points or fewer and head down the critical home stretch without suspended leading scorer Kerwin Roach II. Still, Texas is projected to finish with a .500 league record, according to Kenpom.com and get into the NCAA Tournament. Forward Kamaka Hepa (concussion protocol) dressed and went through warm-ups last weekend against Oklahoma. He should be cleared to play against Baylor. Watch for more from Royce Hamm Jr. He had four rebounds and one bucket in 11 minutes against the Sooners.

About the Bears: Arguably one of the best lesser-known players in the Big 12 this season is Mark Vital. He posted his second career double-double last weekend against West Virginia with  15 points and 14 rebounds. “He may be the first MVP of the league who scores seven or eight points a game, whatever he does,” WVU coach Bob Huggins told reporters afterward. Smart went another step and called Vital “the toughest, meanest player in the league.” The Bears struggled at home against the Mountaineers and was actually trailing by four down the stretch. But Baylor scored 10 unanswered points to secure an 82-75 win. Coach Scott Drew’s club still must play Kansas State, Oklahoma State and Kansas to close out the regular season.