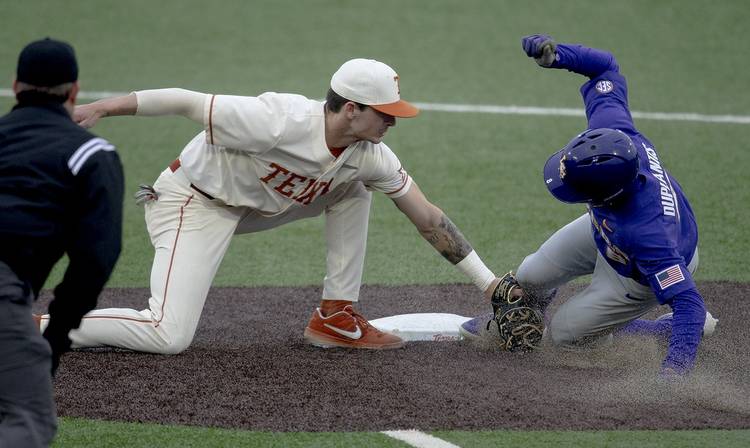 Ranked 22nd last week, Texas ascended to the 12th slot in the D1Baseball poll on Monday.

Texas also jumped 10 spots — from No. 19 to No. 9 — in the Baseball America poll. UT is now the Big 12’s highest-ranked team in both polls. Last week, the Longhorns were looking up at four of their conference rivals in D1Baseball’s rankings of the nation’s top teams.

Texas 8, LSU 1: Texas silences LSU and begins to realize it ‘can play with anybody in the country’

The promotion in the polls were a reward for UT’s sweep of LSU this past weekend. LSU was undefeated and ranked second by D1Baseball when it arrived in Austin, but Texas recorded 8-1, 8-4 and 7-6 wins over its guests. The Longhorns had not swept a ranked opponent since the 2012 season.

Texas (10-3) has five games on this week’s schedule. UT-RGV will visit UFCU Disch-Falk Field on Tuesday. UT will then travel to No. 6 Stanford for a four-game series.