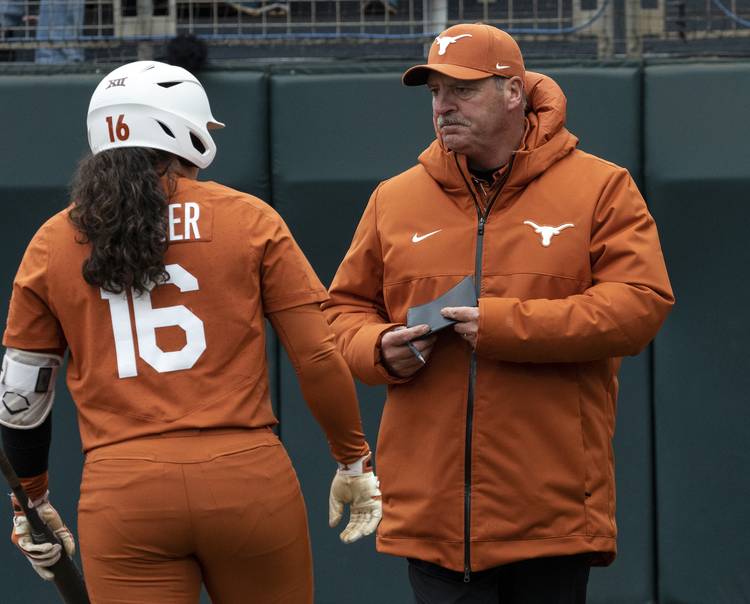 Despite a weekend-ending stumble, Texas is still being counted among the nation’s best softball teams.

This week, Texas held onto its ninth-place designation in the NFCA softball poll. The Longhorns also had top-ten ties to the most-recent releases of the Softball America and ESPN/USA Softball rankings.

STILL TOP 10! The new softball rankings are out, and Texas continues among the nation’s elite! #ANewEra 🤘

Texas (16-3) won three of the five games it played out in Tempe, Ariz., this past week. The team’s 3-1 and 9-6 losses to Wisconsin and No. 16 Arizona State, however, closed out the road trip and snapped a 10-game winning streak. That marks the first time that Texas (16-3) has lost consecutive games under new coach Mike White.

UT is set to host seven games this week. Longwood University (11-5) will be at McCombs Field for a double-header on Wednesday. This weekend’s Longhorn Invitational will then feature Texas playing five times against Minnesota (11-6) and Texas Southern (1-12).