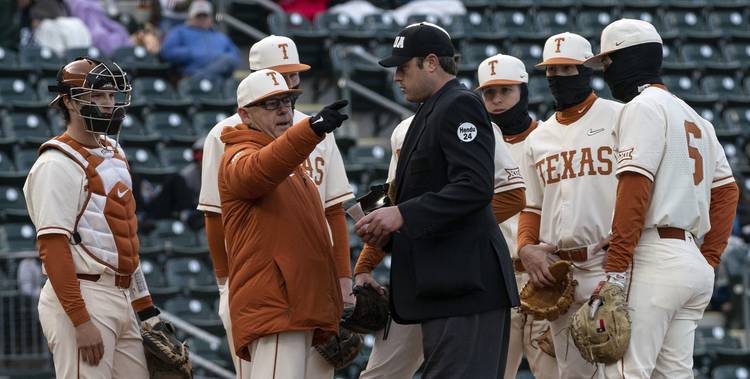 A fourth-inning free fall doomed Texas as it closed out a four-game series at Stanford with Sunday’s 9-0 loss.

Due to weather, the game was called in the bottom of the seventh inning. No. 12 Texas opened this road trip with a 4-0 win over its sixth-ranked foe, but Stanford responded with three wins by a combined score of 21-3. This marks the third straight season that UT has gone 1-3 against Stanford despite claiming the series opener.

No runs were scored over the first three innings at Sunken Diamond on Sunday, but UT imploded in the fourth frame. With rain falling through part of the inning, Stanford (12-3) used 15 batters to score eight times against five pitchers. Stanford helped its cause with three hits, but runners also reached home plate on two wild pitches, an error and two bases-loaded walks.

Texas (12-6) is set to return to UFCU Disch-Falk Field on Tuesday for a home game against Texas Southern. Austin will also host UT and Texas Tech’s first three conference games this upcoming weekend.