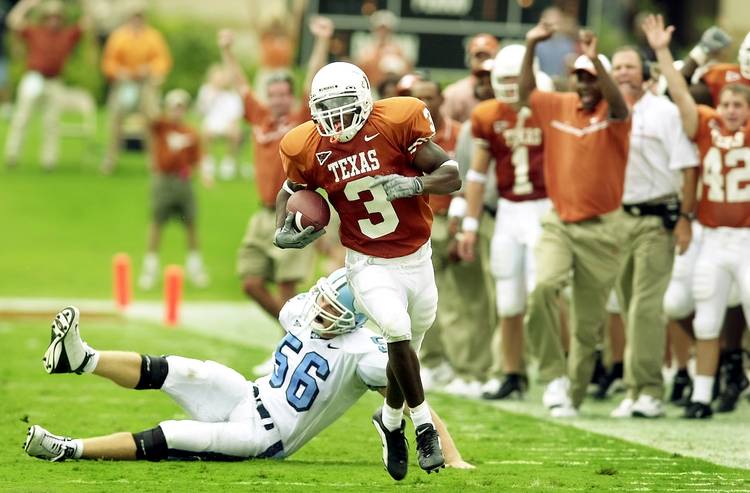 Texas' Nathan Vasher runs down the sidelines on a punt return against North Carolina in Austin on Sept. 8, 2001. Ralph Barrera/American-Statesman

One of DBU’s star pupils has returned to teach at his alma mater.

Nathan Vasher has joined the Longhorns as a volunteer coach, Texas coach Tom Herman revealed on Monday. “It’s good to have him back around,” said Herman of Vasher, who spent last season as an assistant coach at Carmel Catholic High in Mundelein, Ill.

Vasher shares the Longhorn record for career interceptions with Noble Doss. In addition to those 17 interceptions, Vasher also broke up a school-record 64 passes from 2000-03. A fourth-round draft pick in 2004, Vasher played in the NFL for seven seasons.

Vasher is not the only ex-Longhorn on UT’s coaching staff. Once a three-year starter on the Longhorns’ defensive line, Oscar Giles has coached that unit since Herman’s hire after the 2016 season. Former defensive standout Michael Huff is one of Texas’ quality control coaches.