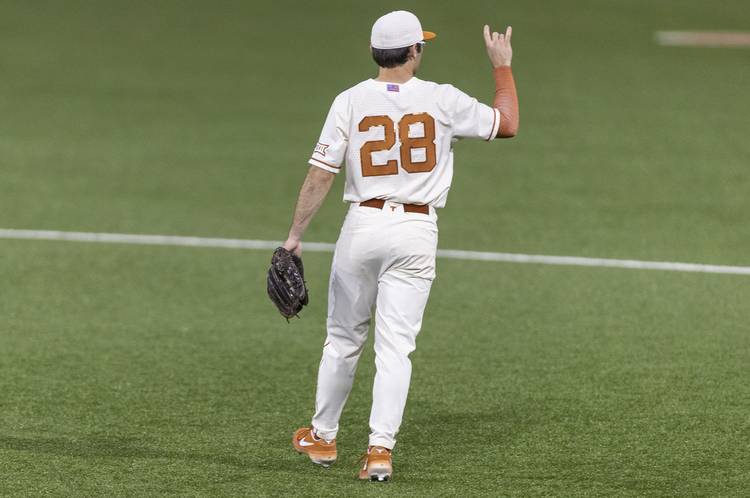 On Tuesday night, Texas quickly rediscovered any offense that it had lost over this past weekend’s trip to Stanford.

The Texas offense exploded for 18 hits and 17 runs in a run-ruled win over Texas Southern at UFCU Disch-Falk Field. With Texas leading by two touchdowns, the game was called after the top of the seventh inning.

The 17-3 victory snapped a three-game losing streak for Texas. Over its last four games at Stanford, UT combined for 19 hits and seven runs. The Longhorns were one-hit in a 9-0 loss on Sunday.
Advertisement

“It’s something that we can build on,” freshman catcher Caston Peter said. “We kind of struggled offensively at Stanford, so its good to get this confidence to get back right into Big 12 play where we’ve got to start playing really well.”

Texas Southern (2-11) scored first in the second inning’s top half, but Texas responded with nine runs over its next two at-bats. After Austin Todd singled in a run in the fifth frame, UT plated seven runners in the sixth session.

One of four UT pitchers to throw on Tuesday, sophomore Matt Whelan was credited with his second win of the season. Whelan struck out five batters while allowing three hits and a run over his four-inning start.

Ranked 12th in the D1Baseball poll, Texas (13-6) will play three home games against No. 11 Texas Tech this weekend. It will be the conference-opening series for both programs.