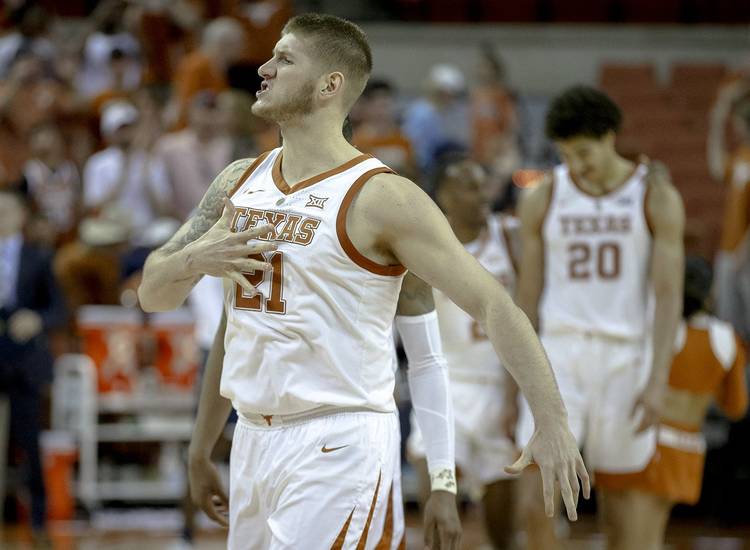 The Texas men’s basketball team hasn’t faced Colorado on a regular basis since the Buffaloes left the Big 12 in 2011. They’ve met only once since.

The Longhorns and Buffs will collide again at 8 p.m. Wednesday in the NIT quarterfinals at the Erwin Center. The winner advances to New York for the semifinals and a chance to win the postseason tournament.

Fourth-seeded Colorado punched its ticket for the next round with a 76-60 victory over eighth-seeded Norfolk State on Monday in Boulder, Colo.

ON TO THE QUARTERFINALS!

CU advances in the NIT to play at Texas at 7 p.m. MT on Wednesday!#GoBuffs pic.twitter.com/GzYcOK9P43

Guard Tyler Bey had a team-high 17 points on 7-of-8 shooting, and big man Evan Battey had his first career double-double with 12 points and 10 boards in the win.

Colorado (23-12) went 10-8 in Pac-12 play this season and finished tied for fourth in the league standings.

Coach Shaka Smart’s club advanced to the quarterfinals with a win over Xavier on Sunday afternoon. The second-seeded Longhorns are 18-16 this season.

Texas has a 14-10 all-time series lead. Former UT coach Rick Barnes’s teams dominated the series when the two teams were in the Big 12. Colorado got the last laugh with a 91-89 win in the final meeting as league members.

Colorado then won again 68-54 two seasons ago in the Legends Classic in Brooklyn.

Tickets are $12 and $14 and can be purchased through the Texas box office.