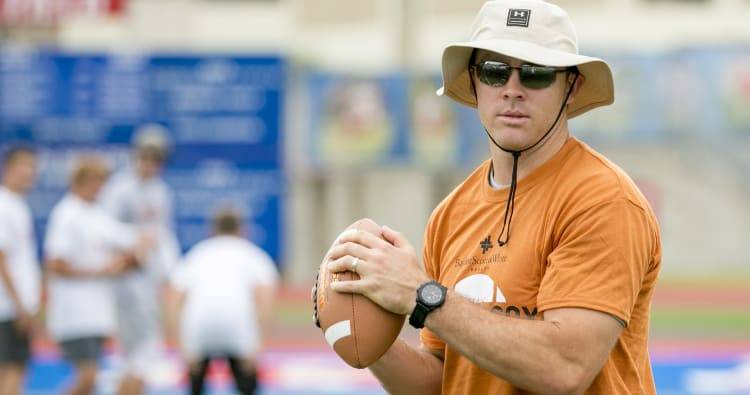 The quarterback, who currently plays for the Washington Redskins but is out for the season after he broke his fibula last year, should have the strongest bones ever due to his unusual habit Gruden and others would think.

McCoy grew up in Tuscola, Texas, a small farm town where raw milk was pretty easy to find.

“I grew up this way,” McCoy said in a text message, according to the Washington Post. “We had dairy cows on the farm — just always have had raw milk. Tastes much better. Until my fibula I’ve never had a broken bone.”

Raw milk isn’t recommended by the U.S. Food and Drug Administration, due to the possibility that it “can carry dangerous bacteria such as Salmonella, E. coli, Listeria, Campylobacter, and others that cause foodborne illness, often called ‘food poisoning.’”

However, McCoy doesn’t drink a gallon of raw everyday as it is rumored, the Washington Post reports. Interestingly enough, his source for raw milk in Virginia is a secret. Usually you must have your own cow to get the stuff, apparently.

“No, not right now,” McCoy said in another text when asked if he had his own cow, the Washington Post reports. “Need to find one.”

Report: Ex-UT running back Kyle Porter to transfer to Houston