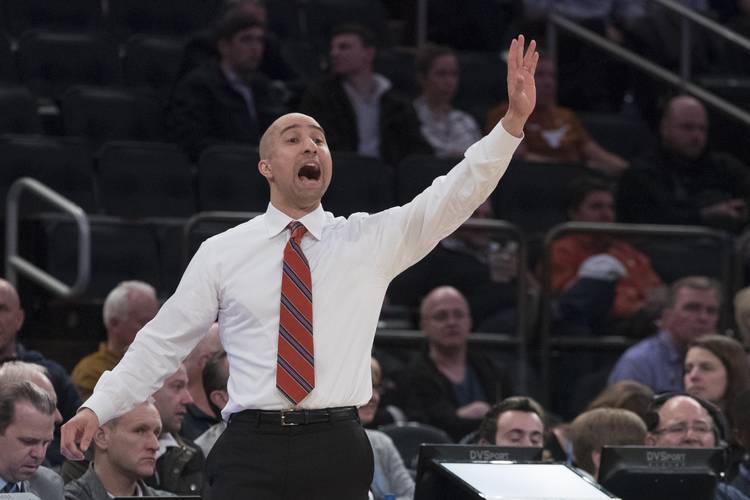 NEW YORK — Texas coach Shaka Smart downplayed a report in the Los Angeles Times that he was being considered among the second tier of candidates should UCLA not get its top pick, most likely TCU’s Jamie Dixon.

“I’m focused on our team. My plan is to be here. I want to be here,” Smart said after Tuesday’s NIT semifinal win over TCU. “Obviously we haven’t done yet what we came here to do. That’s what I want to do. We’re still playing, man. So we’re focused on practice and preparation. Texas is where I want to be.”

Reports indicated Wednesday that UCLA was closing in on a deal with Dixon, provided they could get past a rumored $8-million buyout with the Frogs. TCU is a private school and does not have to disclose contract information.

During that time, Texas has yet to win a NCAA Tournament game. The Horns have not finished in the upper half of the Big 12 standings the last three seasons. The American-Statesman reported in March that multiple UT sources said Smart would return for a fifth season.

Texas (20-16) has since won four straight games in the NIT and can win the championship by knocking off Lipscomb on Thursday in Madison Square Garden.