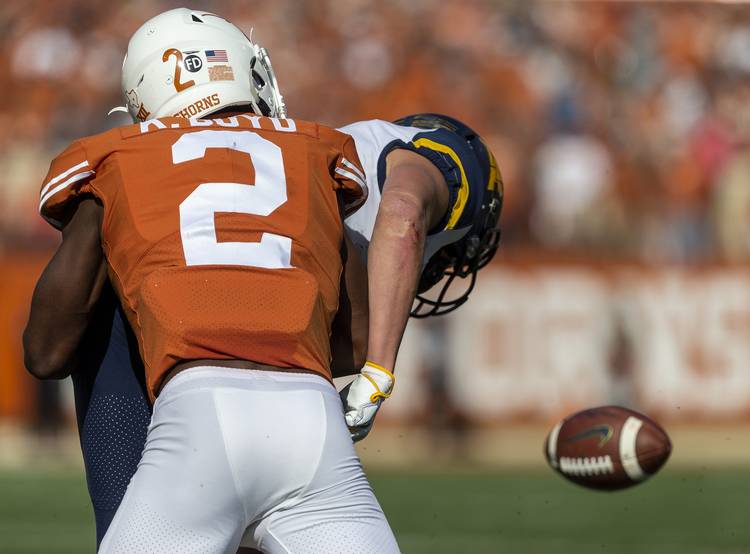 Last month, Texas had 18 players participate in workouts at its pro day.

Where will those ex-Longhorns next play football? That question won’t be answered until the NFL Draft, a three-day event that will kick off on April 25. NFL pundits, though, have been kept busy with the publishing of their predictions in the lead-up to the NFL Draft.

What is there to learn from these mock drafts? It appears that for a fourth straight year, no Longhorn will be taken in the first round. Defensive lineman Charles Omenihu and cornerback Kris Boyd also appear to be consensus picks for the seven-round draft.

Here is a rundown of where the Longhorns landed in four recent mock drafts:

Brugler has four Longhorns going in his mock draft. Texas coach Tom Herman has said that Andrew Beck was overlooked by the NFL Combine, but Brugler doesn’t expect the same thing to happen in the draft.

Of the draft experts, Boyer appears to be the highest on Humphrey. A receiver-needy Carolina team could be a fit for Humphrey, whose star shined in the fall but dimmed during pre-draft workouts.

The Buffalo Bills last drafted a Longhorn in 2013 (Marquise Goodwin). DraftTek.com, though, sees the Bills adding two Longhorns to their depth chart this upcoming season.