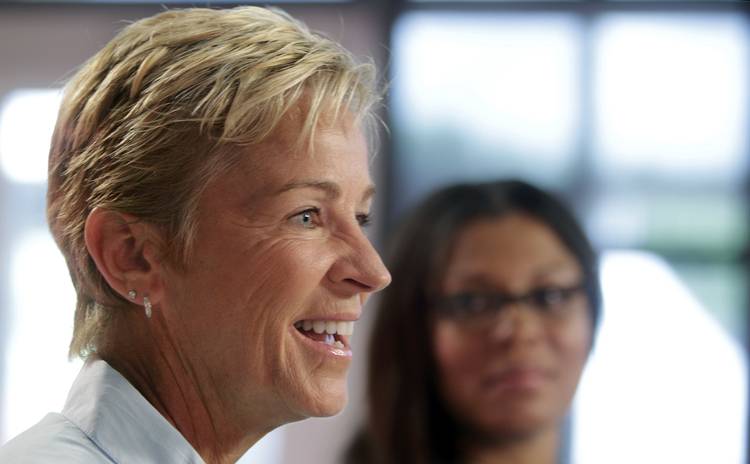 Fortner, 60, has coached college basketball and has served as an ESPN broadcaster. She learned the college game while playing under former Texas coach Jody Conradt before having a successful coaching career in the WNBA. She also coached the U.S. national team to three international titles from 1997-2000, including the gold medal at the 2000 Olympics in Australia.

“I’ve coached for 28 years, at every level, and Georgia Tech was the perfect fit for me to get back in the college game,” Fortner said in a statement. “Georgia Tech is one of those unique institutions that has both a premier academic reputation and a successful athletics program. My staff and I will be committed to helping each student-athlete have a positive and productive experience. We will compete at the highest level possible and strive to be champions, both on and off the court.”

Fortner received a dual-sport scholarship at Texas, where she played both basketball and volleyball from 1978-82. She helped lead UT to 127 basketball wins in four seasons and remains one of the Longhorns’ all-time leading scorers with 1,466 career points. In volleyball, she was a member of Texas’ national championship team as a senior in 1981.

“She will bring energy and work ethic, but also great basketball knowledge,” said South Carolina coach Dawn Staley, who was the starting point guard for the 2000 U.S. Olympic team. “Georgia Tech hit a grand slam with the hiring of Nell Fortner.”

Her career also includes two stints as a women’s basketball analyst at ESPN — first as a studio analyst from 2001-04, then as a color analyst for the past seven seasons after she stepped down as Auburn’s head coach following the 2012 season.