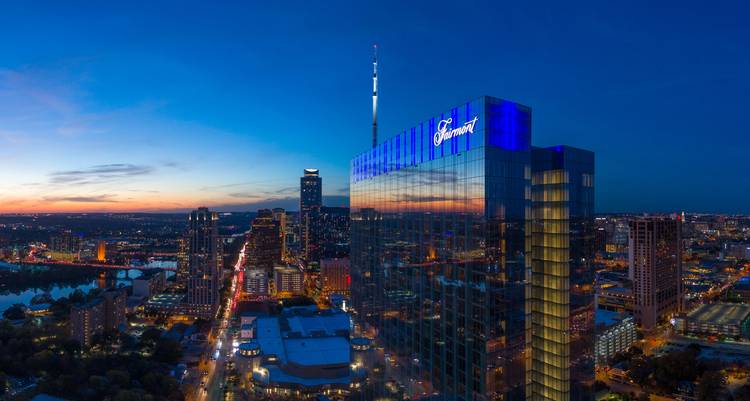 Drivers may have seen a little more burnt orange than usual on their Sunday evening commute down I-35.

The Fairmont Austin Hotel in downtown Austin lit up the skyline with the shape of a giant Texas Longhorns logo on Sunday, according to KXAN. KXAN wrote that the installation on the south side of the hotel comprised of 112 windows and more than 20 floors.

A Fairmont Austin spokesperson told KVUE that the lights were in celebration of the hotel’s sponsorship of Texas Athletics for the 2019 football season. Throughout the season, the hotel will be offering special room packages for all six home games and public parties before the games begin.

The Texas Longhorns shared their appreciation for the skyline and welcomed the hotel to the Longhorn family with a post on Twitter.

Onlookers and Longhorn fans also expressed their love for the installation by sharing photos on social media.

Shoutout to the @FairmontAustin for lighting up downtown with our hometown team! #HOOKEM #HORNS #AustinTexas @statesman @fox7austin @KVUE @cbsaustin pic.twitter.com/mU9F6pFn0h

This week in NFL mock drafts: Last call for guesses on where some Longhorns will next play football