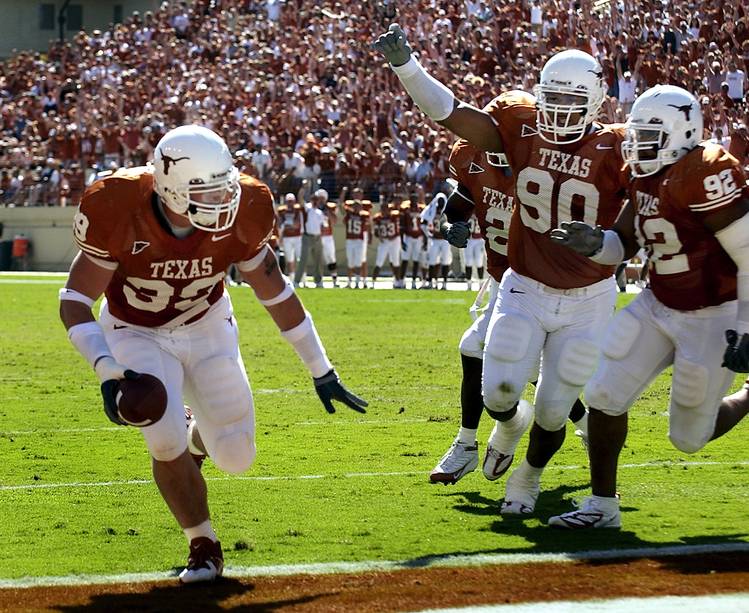 Robison was a fourth-round pick by the Vikings in 2007, and the defensive end played in 173 games from 2007-17. Only eight Vikings have totaled more sacks than Robison, who took down 60 quarterbacks. Robison also accumulated 287 tackles and 13 forced fumbles.

Released by Minnesota this past September, Robison was not picked up by another franchise.

After signing a 1-day contract with the #Vikings, @Brian_Robison has officially retired from the NFL. pic.twitter.com/5i56wJKFgx

Robison was a three-star recruit from Splendora when he signed with Texas. He started on UT’s 2005 national championship team and owns a share of the school record for blocked kicks in a single season. In 2006, Robison was also named an All-American in the shot put during Texas’ indoor and outdoor track and field seasons.

Robison’s retirement closes the chapter on UT’s 2002 recruiting class. The Class of 2002 was the last from Texas to top 247Sports’ composite rankings. Seven of those recruits — Vince Young, Rodrique Wright, Justin Blalock, Aaron Ross, David Thomas, Kasey Studdard and Robison — were eventually drafted. Robison lasted the longest in the league.

Additionally, Robison was one of the last active ties to Texas’ 2005 title team. Defensive lineman Brian Orakpo also recently retired and running back Jamaal Charles appeared in only two games for the Jacksonville Jaguars this past season. Quarterback Colt McCoy, who is entering his 10th NFL season, redshirted in 2005.