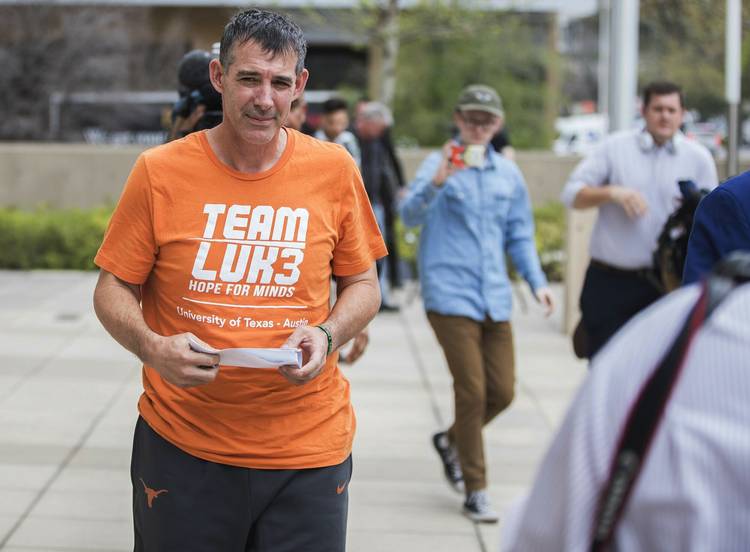 Former University of Texas men’s tennis coach Michael Center pleaded guilty Wednesday in connection with the nationwide college admissions scandal for accepting $100,000 to help the son of a Silicon Valley venture capitalist get into the school in 2015.

Center, appearing in a federal courtroom in Boston, pleaded guilty to a single count of conspiracy to commit mail fraud and honest services mail fraud. He will be sentenced at a later date.

Earlier this month, federal prosecutors announced they had reached a plea deal with Center in which they agreed to recommend a prison sentence on the low end of the punishment range that the coach faces. That range, court documents show, is 15 to 21 months in prison. Center must also cooperate with prosecutors in their investigation into others who may have participated in the scheme.

U.S. District Judge Richard Stearns must approve the deal between Center and the government.

Center is among 50 people accused of using bribery and other forms of fraud to get children of wealthy people into top colleges and universities. He was arrested March 12 and fired the next day from a job he had held for 18 seasons with the Longhorns.