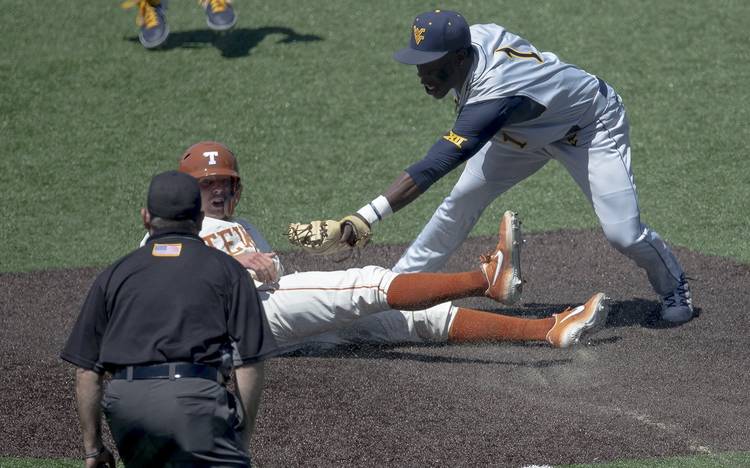 Less than a year after it reached the College World Series, Texas is no longer projected to make the NCAA Tournament’s field of 64 teams.

D1Baseball has listed Texas among the “First five out” in its most-recent forecast for the NCAA Tournament. Meanwhile, Baseball America’s “First four out” includes Texas, Iowa, Gonzaga and Florida Atlantic. D1Baseball and Baseball America’s predictions were both published on Wednesday.

Texas has lost nine of its last 12 games and its record dropped to 25-22 after Tuesday’s 8-2 loss at Texas A&M-Corpus Christi. This season, the Longhorns have been a top-10 team in Baseball America and D1Baseball’s national polls. Texas currently claims the nation’s 49th-best RPI. It is also 10-13 against the teams in both D1Baseball and Baseball America’s projected tournament fields.

UT has eight games left on its regular-season schedule. Half of those games are home dates with Oklahoma and Texas State teams that are in the postseason conversation. Texas will head to Kansas this weekend with a slim lead over the Jayhawks for the eighth and final invitation to the Big 12’s postseason competition, which will award its winner with an automatic bid to the NCAA Tournament.