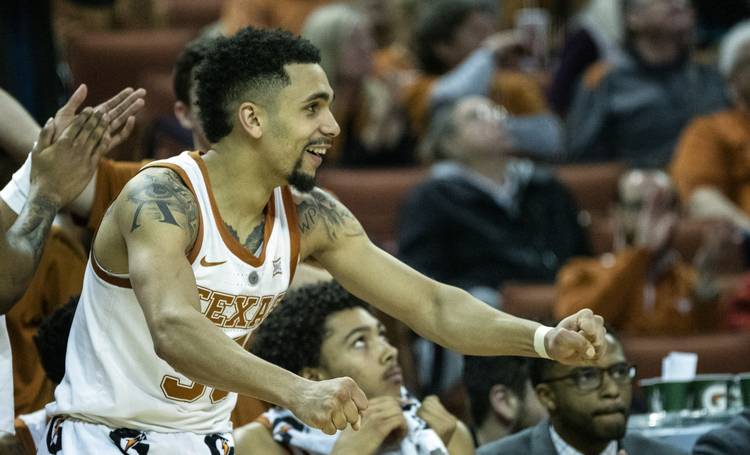 Texas guard Eli Mitrou-Long announced on Twitter that he will “take my talent elsewhere” and look for another team, most likely as a graduate transfer after finishing school at UT this summer.

“Appreciate the University of Texas,” Mitrou-Long posted on Thursday. “For not only taking me in and supporting me on the court but also helping me become a better individual off the court.”

Mitrou-Long, who transferred to UT from Mount St. Mary’s and sat out a full season, would be immediately eligible as a graduate transfer. He averaged 5.6 points last season while starting nine of 36 games as a reserve.

The 6-foot-1 Canadian-born athlete averaged 5.6 points and 15 points in his first two seasons at Mount St. Mary’s. Then Mitrou-Long transferred to Texas to seek a bigger stage, much in the same way forward Dylan Osetkowski came to UT fro Tulane.

Mitrou-Long shot 33.8% from the floor last season and 32% from 3-point range. He played behind guards Matt Coleman III and Courtney Ramey.

By entering the transfer portal, athletes are not guaranteed to leave. It allows them to talk to other teams about transferring. However, the Longhorns currently have 13 players projected for 13 roster spots next season. If Mitrou-Long left, then UT would have a scholarship available for another player.