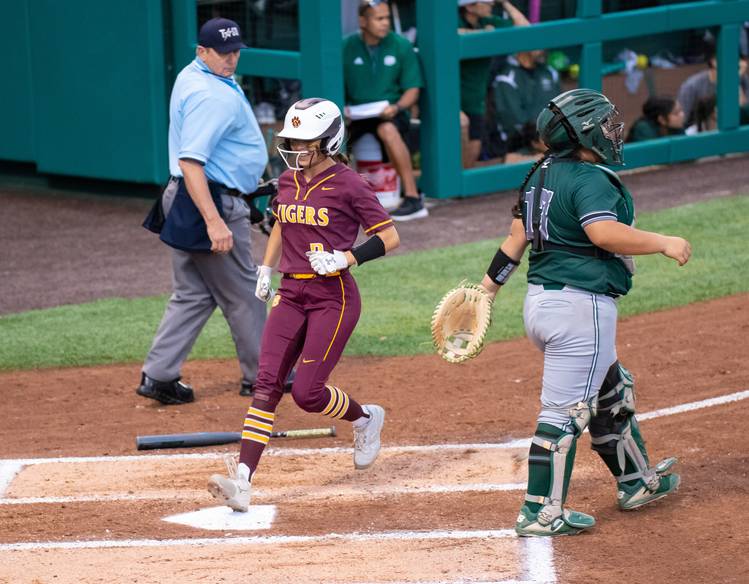 Two future Longhorns may get an opportunity to play at McCombs Field before they get a chance to put on a Texas uniform.

Two of the five players who signed with Texas this past November are still alive in the UIL’s softball playoffs. McCombs Field is the annual host of the state’s softball tournament (also known as the sixth and seventh rounds of the playoffs). That postseason showcase will begin on May 29 and run through June 1. Dripping Springs infielder Camille Corona and Pearland Dawson utility player Courtney Day are two possible participants in this year’s event.

In the second round of the Class 5A playoffs, Dripping Springs ousted San Antonio Southwest in a one-game playoff game on Thursday. Corona went 2-for-3 with a run in the 3-0 victory. Houston-bound pitcher Logan Hulon threw a no-hitter for the Tigers.

Meanwhile, Pearland Dawson opened a best-of-three series against Summer Creek with a 6-5 win on Thursday. Day struck out 13 batters and her walkoff homer was the decisive highlight of this Class 6A showdown. The second game of this second-round series is set for Friday.

A chapter ends & a new one begins. Birdville's @gracefacegreen's HS career ended Friday. helluva run kiddo. From watching a freshman pitch to a state title to all the Ks & RBIs. Thx for the fun these past 4 yrs. Best wishes at UT🤘 @JenniferGreen34 highlights⬇️ pic.twitter.com/IbIHvAryhz