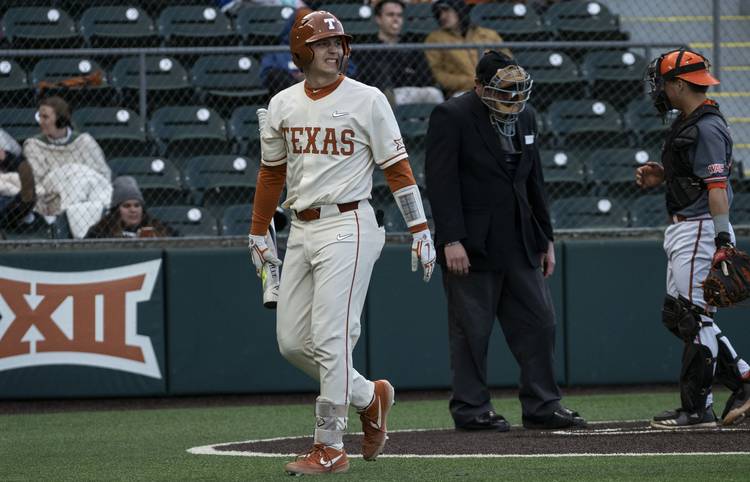 Texas' Caston Peter, (48) walks back to the dugout after striking out against UT-RGV on March 5, 2019 in Austin. [Rodolfo Gonzalez for American-Statesman]

Another loss has pushed Texas closer to the end of its baseball season.

Kansas wrapped up a sweep of the Longhorns with a 10-6 win over Texas in Lawrence, Kan., on Sunday. Texas held 3-0 and 6-3 leads at Hoglund Ballpark, but a four-run fifth inning gave Kansas an advantage it wouldn’t relinquish. The Jayhawks (26-21) put the game away with three more runs in the eighth inning.

The Longhorns (25-25) were led by Ryan Reynolds, who went 2-for-4 with a homer and three RBIs. Sam Bertelson also had a game-high three hits for Texas.

The Big 12 will invite only eight of its nine teams to its year-end tournament. Texas has three Big 12 games against Oklahoma left on the schedule. All four of the teams that UT is chasing will play six more conference contests.