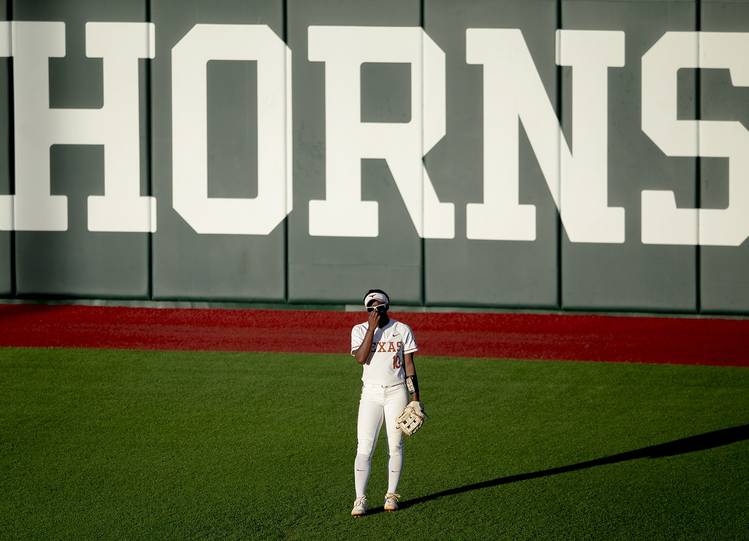 On her senior day, Texas outfielder Ki’Audra Hayter received both a start and a surprise.

One of three seniors on UT’s roster, Hayter was introduced with her family ahead of the team’s regular season finale on Sunday afternoon. Waiting to surprise Hayter at McCombs Field was her brother, La’Kedran. La’Kedran Hayter is an Army sergeant who is stationed in Japan.

Hayter was first played a video message from her brother before he emerged from the dugout. Upon seeing her brother for the first time in three years, Hayter was overcome with emotion.

Update : My Brother Came All The Way From Japan 🥰🤗 https://t.co/ephBwEDr9W

A native of Nacogdoches, Hayter played at North Texas and Butler Community College from 2016-17. In Sunday’s 3-1 win over Baylor, she made her 74th career start as a Longhorn. Hayter currently leads Texas with her 12 stolen bases.

Texas softball edges out Baylor for 40th win of the season