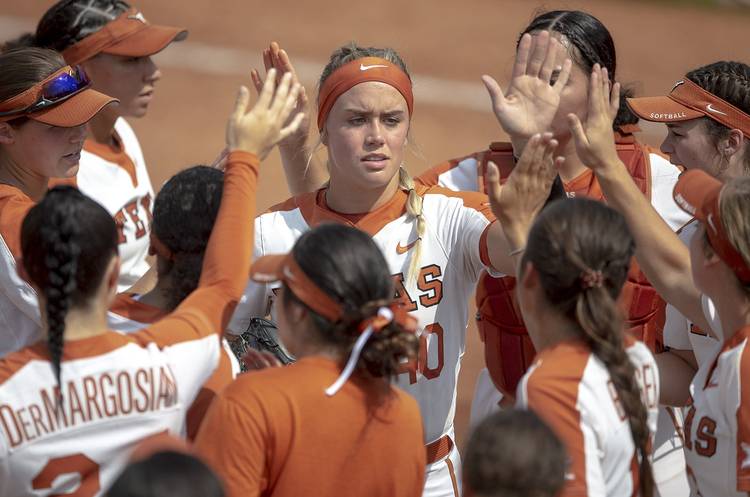 Miranda Elish spent much of her weekend in the pitching circle at McCombs Field.

Elish pitched for Texas over its final 30 innings at the regional it was hosting. After entering the circle in the last inning of UT’s tournament-opening loss to Sam Houston State, Elish started four times and threw 429 pitches as Texas went 4-0 and advanced to the super regionals. Over her four starts, Elish allowed 20 hits and two earned runs.

Elish’s long weekend came nearly a decade after an equally-impressive feat was recorded across the street at UFCU Disch-Falk Field. On May 30, 2009, Austin Wood threw 169 pitches over 13 innings of shutout relief in a 3-2 win over Boston College. The 25-inning triumph was a memorable moments for Texas during its run to the NCAA’s championship series.

Texas fans were quick to connect the dots between Elish and Wood, who had earned a two-inning save the day before his on-field marathon. Wood also took to Twitter to congratulate Elish on her performance.

Here are some additional tidbits about Elish’s performance: