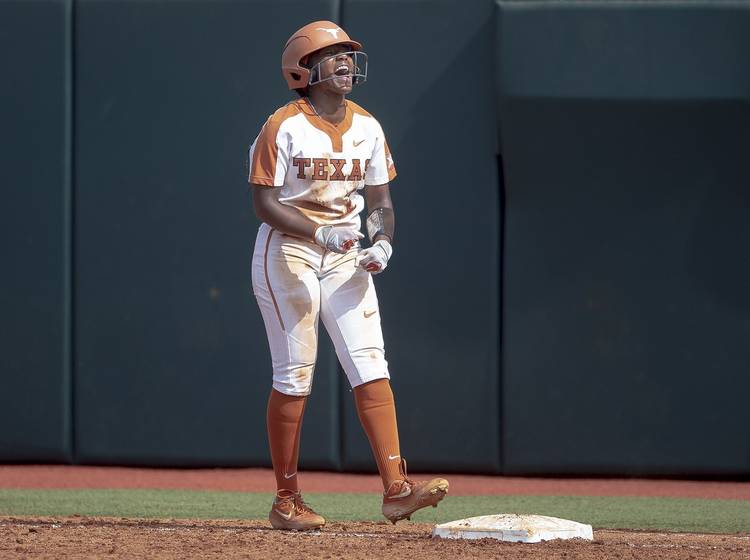 Texas infielder Janae Jefferson (2) celebrates reaching first base against Houston on May 19, 2019 in Austin. [NICK WAGNER/AMERICAN-STATESMAN]

UPDATE (Tuesday at 4 p.m.): The NCAA has again updated Texas and Alabama’s schedule and TV designations. Those changes are reflected below.

Back in the super regionals for the first time since 2013, Texas will be Alabama’s guest when the NCAA tournament resumes later this week.

The super regionals use a best-of-three format. The winner of this series will advance to the Women’s College World Series, which gets underway in Oklahoma City on May 30. On Monday, it was announced that Texas and Alabama’s schedule would be as follows:

Respectively seeded eighth and ninth in the NCAA tournament, Alabama and Texas are 55-7 and 45-15. Both teams have played Arizona State, Kentucky, LSU, Minnesota and Texas A&M in 2019. Alabama is 10-3 in those games. Texas is 4-4.

Alabama holds a 3-2 lead in its all-time series with Texas. The two schools’ last meeting was 10 years ago in a Tuscaloosa regional that Alabama beat Texas twice in.