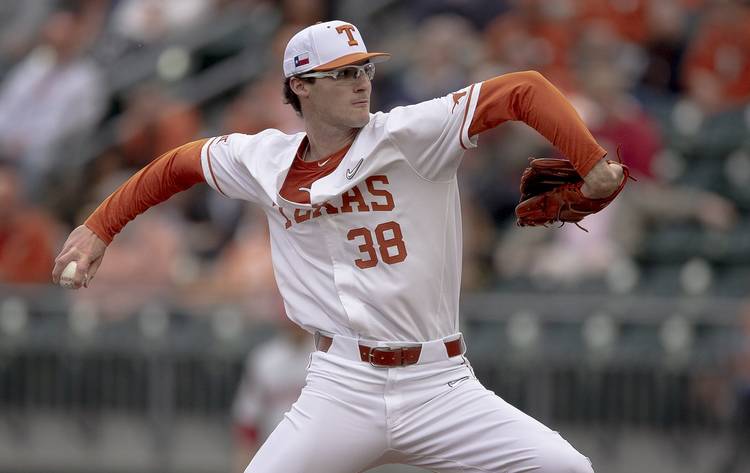 The next stop in Jack Neely’s baseball career will be San Jacinto College, the ex-Texas pitcher announced on Saturday night.

Earlier this week, Inside Texas first reported that Neely had entered the NCAA’s transfer portal. Neely, a right-hander from San Antonio whose grandfather and great-grandfather both played football at Texas, pitched only eight times during his freshman year.

Neely’s transfer to San Jacinto College comes just over a week after the Longhorns received a commitment from Gator infielder Camryn Williams.

For the 2019 season, Neely was 0-1 with a team-high 14.90 ERA. In 9 2/3 innings, he recorded more walks (14) than strikeouts (12). Neely was solid in a relief outing at Stanford that lasted 3 1/3 innings, but he was later rocked in a short start against Arkansas. Neely did not pitch again after allowing five earned runs in a 15-0 loss at Oklahoma State on April 18.

Neely is UT’s first defection this off-season. After the Longhorns went 27-27 and missed the Big 12’s tournament this spring, Texas coach David Pierce hinted that the team’s roster would look different in 2020. Said Pierce: “I’m not going to sit here and be 27-27 and not make some changes.”