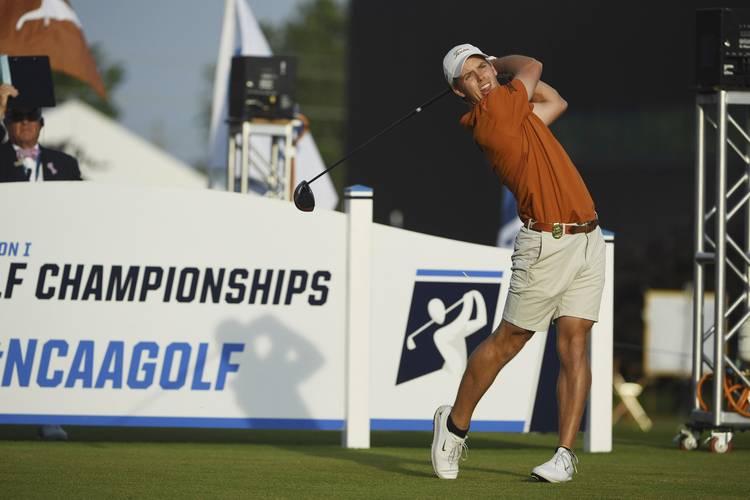 The Texas men’s golf team was beaten 3-2 by Stanford on Wednesday in the NCAA’s championship match.

Texas was attempting to secure its fourth national championship. Seven years ago, Jordan Spieth and Dylan Frittelli led Texas to the NCAA’s 2012 title. Texas also boasted the top men’s golf program in the country 1971 and 1972.

The loss also prevented Texas from matching the accomplishments of its athletic department’s men’s tennis team, which won a national title two weeks ago. On 13 occasions, Texas has been crowned at least twice during the same school year. UT last pulled off that feat when its football team and women’s indoor track and field program won their respective NCAA championships within a 10-week span in 2006.

Two (or more) titles for Texas

Parker Coody got Texas on the scoreboard first at the Blessings Golf Club in Fayetteville, Ark., as the freshman secured a 6 and 5 victory over Stanford’s Daulet Tuleubayev. Cole Hammer (4 and 3 to Isaiah Salinda) and Pierceson Coody (4 and 3 to Brandon Wu), however, were then upended on the course. Henry Shimp’s 2 and 1 win over Texas junior Spencer Soosman wrapped up Stanford’s ninth championship.

UT’s other point was earned by Steven Chervony, who beat David Snyder 1 up.

In a postgame interview with the Golf Channel, Texas coach John Fields said the loss “really stings” but added that Stanford was a “really, really, really good team.” Chervony was the only senior who golfed on Wednesday, so Texas should be eyeing a title for years to come.

“This is painful for us because we’re competitors,” Fields said. “I want to be in those other shoes here pretty soon and I know all of our guys do too. We’re not going to stop. This is just fuel for the fire.”