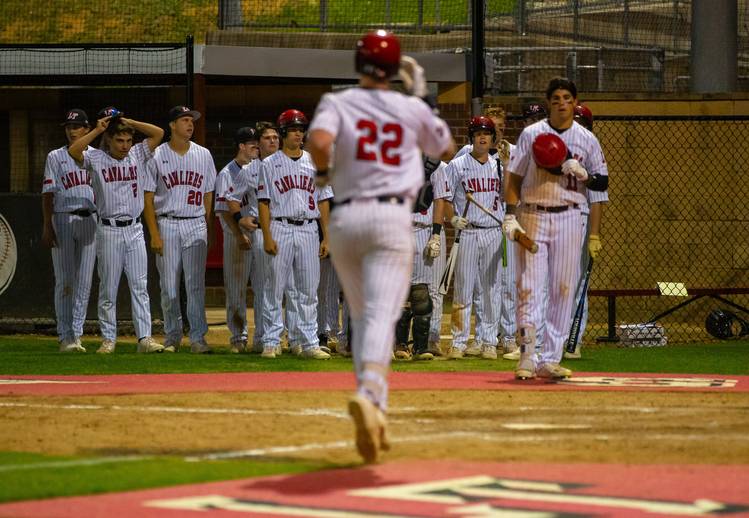 Lake Travis senior Brett Baty (22) heads back to the dugout after homering against the Hays Rebels on Apr 23, 2019 at Lake Travis High School. [JOHN GUTIERREZ/FOR STATESMAN]

With nothing left to watch in the present, Texas baseball fans can check out the team’s future this week.

Four Texas signees remain alive in the University Interscholastic League’s playoffs. With the various state tournaments scheduled for next week, those players and their high schools are currently competing in regional finals.

If these recruits all reach the state tournament, friends could soon become foes. Brett Baty’s Lake Travis Cavaliers and Austin Wallace’s Flower Mound Jaguars are both competing in the Class 6A playoffs while Robinson’s Peyton Powell and Argyle’s Brenden Dixon play for Class 4A schools. In an interesting twist, the Class 4A state tournament will be held next week at UFCU Disch-Falk Field.

Here is the schedule for the UT recruits who are competing in a regional final this week:

Baty may not ever end up in a Texas uniform since he is expected to be a high pick in next week’s MLB Draft. Dixon, though, was among the incoming recruits that UT head coach David Pierce expressed excitement about following UT’s season finale. Texas went 27-27 during the 2019 season.