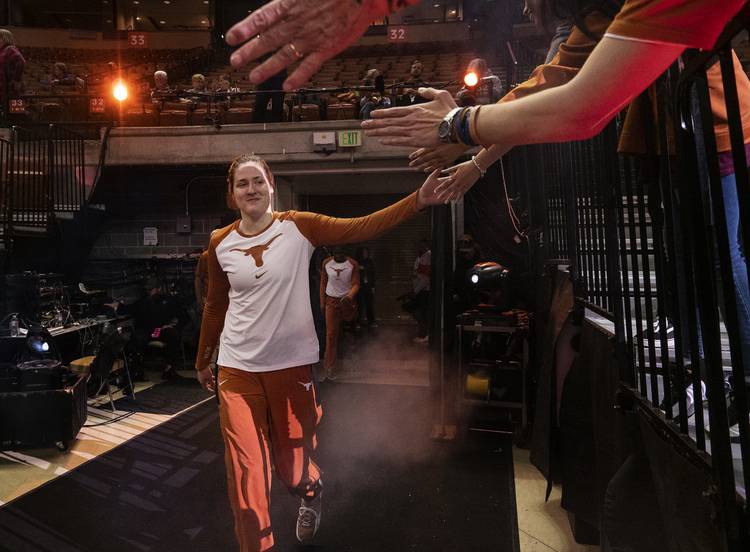 Sedona Prince, a McDonald's All-American from Liberty Hill, missed her entire freshman season after breaking her leg in August 2018. [Rodolfo Gonzalez for AMERICAN-STATESMAN]

Texas center Sedona Prince, a McDonald’s All-American from Liberty Hill, has added her name to the transfer portal and will explore leaving the Longhorns, a UT spokesman told the American-Statesman.

By putting your name into the NCAA database, any athlete can begin talking with other schools but can still return to the team. However, the coach has the option of cutting the athlete’s scholarship.

According to a tweet sent by Prince this morning, she entered her name into the portal due to “medical reasons.”

Prince was a 6-7 highly-touted star in the Longhorns’ 2018 recruiting class but broke her leg while competing for the Team USA Under-18 national team at the Women’s Americas Championship last summer. She missed the entire season at UT.

At Liberty Hill, Prince averaged 22.3 points and 8.2 rebounds as a senior while leading the team to a 34-5 record.