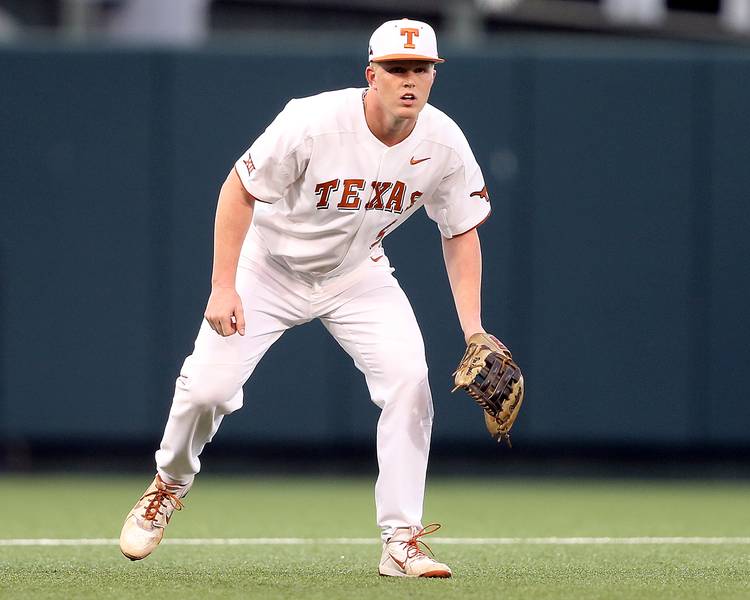 In each of UT’s last 85 baseball games, Ryan Reynolds has been the Longhorns’ starting third baseman.

Our slick fielding No. 5️⃣ is off the board! @r_reynolds5 has been taken by the @Cubs in the 14th round!#HookEm 🤘 pic.twitter.com/DhCyQ9Vn7m

Earlier this season, Texas coach David Pierce called Reynolds one of the best third basemen in the country. He also compared Reynolds favorably to Anthony Rendon, the MLB standout who he coached at Rice. While being responsible for 21 career errors, Reynolds owns a .958 fielding percentage and lists postseason plays against Long Beach State and Indiana among his many defensive highlights.

Over three seasons at Texas, Reynolds hit .243 with 13 homers and 94 RBIs. After focusing on his right-handed hitting for much of the 2018 season, he returned to switch-hitting on a full-time basis in 2019.

Reynolds’ father, Shane, pitched for Houston, Atlanta and Arizona from 1992-2004.