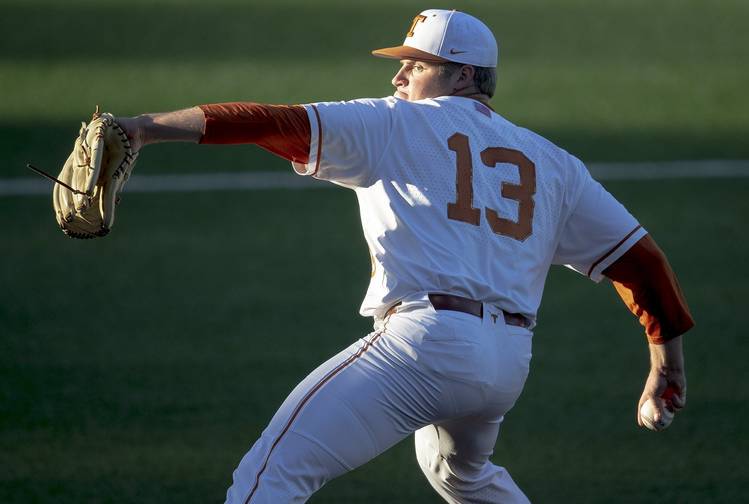 During his sophomore season, Bryce Elder moved from the bullpen to the starting rotation to the awards stand.

Elder won three of UT’s team awards on Thursday. He was named the recipient of the James and Huston Street (Longhorn), Brooks Kieschnick (Team MVP) and Greg Swindell (Pitcher of the Year) awards. Texas’ only all-conference honoree this spring, Elder posted a 2.93 ERA and 86 strikeouts while holding his own in starts against first-round draft picks Alek Manoah and Nick Lodolo.

Texas began handing out awards following David Pierce’s first season with the team in 2017. This marks the first time that a player has won three awards during the same season.

Greg Swindell Pitcher of the Year

We meet again?: Longhorns-Aggies to stage men’s basketball game on Dec. 8 in Fort Worth