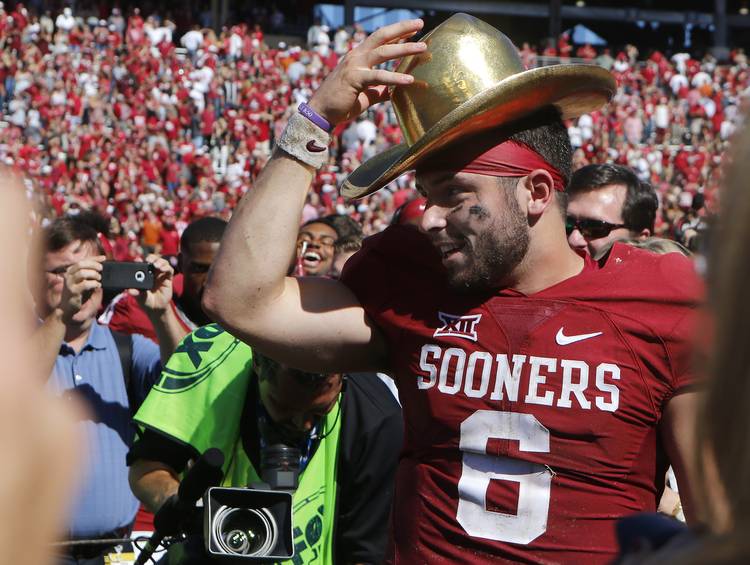 This week, the second-year pro went in on Texas’ junior quarterback with some choice words with radio hosts of a Norman, Okla.-based SportsTalk 1400AM.

.@bakermayfield made it clear that Texas is NOT back. And, he had some thoughts on the Longhorns' starting QB, Sam Ehlinger, with @TedLehman11 and @Tyler_McComas. #Sooners pic.twitter.com/7BZ9wS5Vjw

When asked by one of hosts of the show if Texas is back after Ehlinger, a Westlake graduate, proclaimed so after Texas’ 28-21 win over Georgia in the Sugar Bowl last year, Mayfield answered.

“He couldn’t beat Lake Travis, so I don’t really care. His opinion on anything winning…Westlake’s a great program, but the two best quarterbacks to come out of there are Drew Brees and Nick Foles. Sam can stay down there in Texas,” the 2013 Lake Travis graduate said. “That’ll stir the pot. He doesn’t like me, and I hope he knows I don’t like him either.”

This isn’t the first time Mayfield has had a recent beef with a Texas player. In February 2018, Mayfield replied to a tweet from Texas defensive lineman Keondre Coburn.

After he signed with Texas, Coburn tweeted: “I’m so happy to finally be a longhorn baby this has been the hardest process ever but it’s over and my next journey is in Austin and with my boys in this Revolution Class AND I PROMISE WE WILL BEAT OU…”