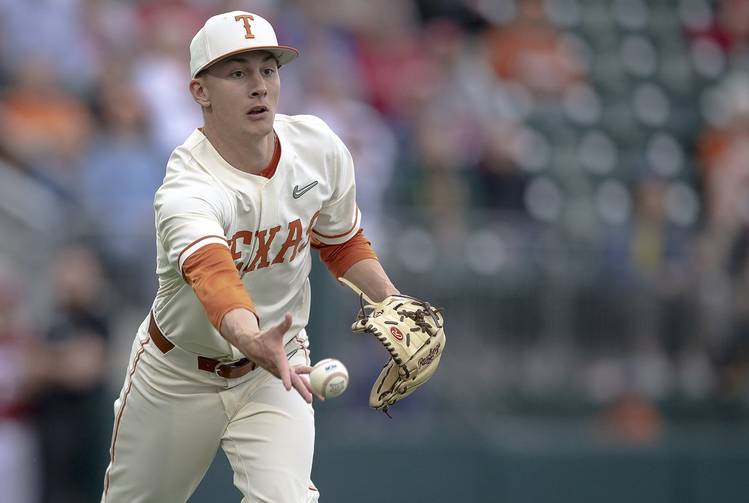 Texas pitcher Kolby Kubichek (39) tosses the ball to first base for an out against Arkansas on March 20, 2019 in Austin. [NICK WAGNER/AMERICAN-STATESMAN]

This summer, Texas has sent a handful of its players to participate in various collegiate wood bat leagues across the country. Chatham, Mass., may not be a place that many UT fans are familiar with, but right-handers Kolby Kubichek and Ty Madden have allowed three earned runs over 18 1/3 innings with the town’s team this summer. During their freshmen years at Texas, the two newcomers combined for a 4-2 record, 52 strikeouts, 36 walks and a 4.33 ERA.

Kolby Kubichek (@TexasBaseball) has allowed just one earned run in 10 innings (3 appearances) for the A’s this season. pic.twitter.com/UlM2j1RikA