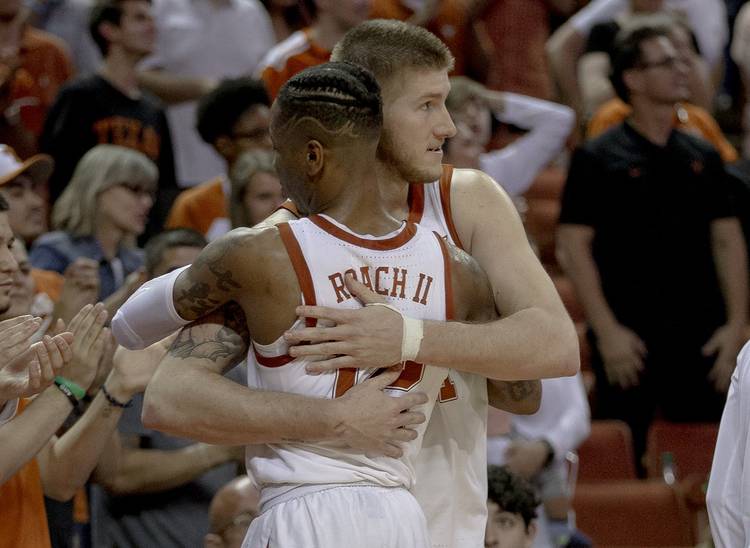 Two Texas seniors who went undrafted will still get their chance to impress NBA general managers.

All 30 NBA franchises will field teams, along with a team from China and Croatia, and play from July 5-15 in Las Vegas. The top draft picks, including the New Orleans Pelicans top two acquisitions Zion Williamson and Jaxson Hayes, will all be on display during the 11-day, 83-game event at UNLV.

A majority of NBA summer league games will be televised by the ESPN family of networks and NBA TV.

Roach (6-foot-4) finished his four-year Texas career with 1,411 points while shooting 43.1 percent. Osetkowski (6-9) played two years at Tulane and then transferred to UT. He averaged 12.3 points and 7.2 the last two seasons.

Both Roach and Osetkowski will need to make a strong impression as free-agent signees. Hayes is safer. He was drafted eighth overall by the Atlanta Hawks and shipped to New Orleans as part of a trade package.

Seventeen years after his standout series, Huston Street gets a call to Omaha’s Hall of Fame