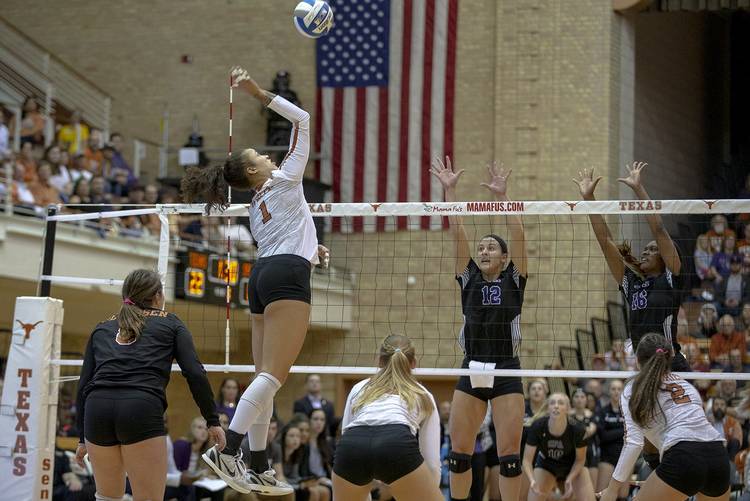 Texas outside hitter Micaya White (1) elevates to spike the ball against Stephen F. Austin in Austin on Nov. 29, 2018. [NICK WAGNER/AMERICAN-STATESMAN]

This summer, the Big 12’s volleyball coaches had one easy choice when they filled out their preseason ballots.

For the second straight year, Texas outside hitter Micaya White has been named the Big 12’s preseason player of the year. Texas coach Jerritt Elliott was not allowed to pick his three-time All-American, but she earned votes from each of the conference’s other eight coaches. White backed up last year’s preseason prognostication by averaging 3.87 kills per game and winning the conference’s actual MVP award.

On Wednesday, the Big 12 also split its preseason freshman of the year award between UT newcomer Skylar Fields and TCU’s Audrey Nalls.

The Big 12’s preseason poll will be unveiled on Thursday. Texas has topped the conference’s preseason rankings in each of the past eight years.