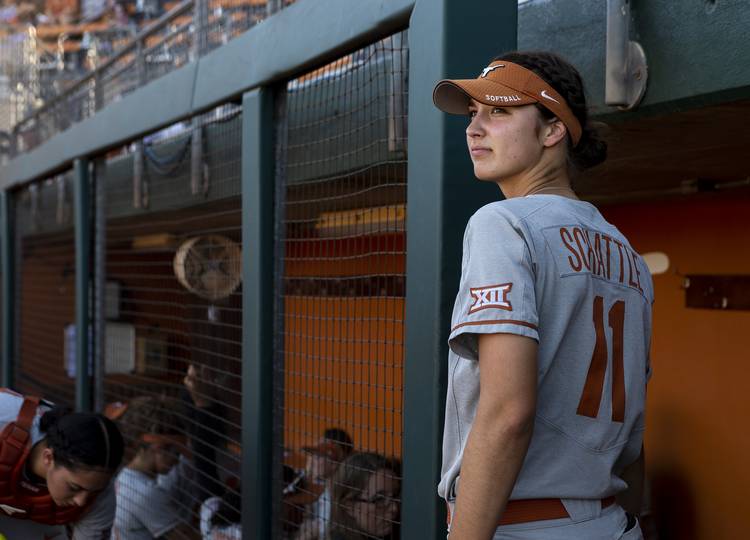 When Texas returns to McCombs Field in 2020, Malory Schattle and Elicia Espinosa will not be on the team’s roster.

Schattle will remain at Texas for her senior year of school but will not play softball, a UT spokesperson told the American-Statesman on Wednesday. Texas also confirmed reports by Inside Texas and Softball America that Espinosa had entered the NCAA’s transfer portal. Due to graduation, transfers, attrition and a firing, Texas has lost seven players and an assistant coach this summer.

Recruited out of nearby Salado, Schattle played in 111 games over her three years with the Longhorns. Schattle was UT’s primary first baseman in 2018, and the versatile infielder split this season’s 18 starts between three different positions. Schattle, who hit .197 with three homers during her career, appeared only once over the team’s final 13 games.

Espinosa is the third Longhorn to enter the transfer portal during this off-season. As a freshman, Espinosa scored four times but gathered only one hit over her 11 at-bats. Defensively, the Colorado native made a few appearances at first base.

In addition to Schattle and the transferring trio, Texas has lost the services of seniors Bekah Alcozer, Brooke Bolinger and Ki’Audra Hayter. UT did sign five players during the 2019 recruiting cycle. In the past two weeks, Texas also fired hitting coach Kerry Shaw, hired Steve Singleton to be his replacement and added UCLA catcher Colleen Sullivan to its roster as a transfer.