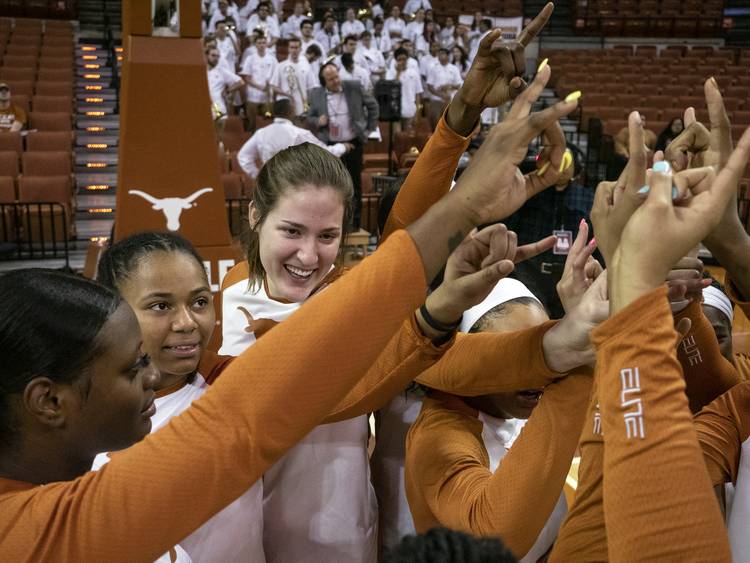 Sedona Prince (23) has chosen to play her college career at Oregon. [Rodolfo Gonzalez for AMERICAN-STATESMAN]

Former University of Texas basketball player Sedona Prince announced on Friday night she will transfer to the University of Oregon.

The 6-7 post who sat out her entire freshman season after breaking her right leg last August chose the Ducks over UConn and Notre Dame.

A McDonald’s All-American from Liberty Hill, Prince placed her name in the NCAA transfer portal on June 5, saying she left the Longhorns for “medical reasons.”
Advertisement

In Oregon, she joins a team that expects to contend for an NCAA championship next season.

Guard Sabrina Ionescu led the Ducks to a 33-5 record as a junior, earning the Wade Trophy as National Player of the Year. She was named Pac-12 Player of the Year for the second straight season, and had an NCAA single-season record eight triple-doubles to extend her career record to 18.

By comparison, no player in the Big 12 recorded a triple-double last season.

Kelly Graves is preparing for his sixth season at coach of the Oregon women’s basketball program. He is 126-52 over the span. His overall record is 553-254. Graves signed a contract extension with the Ducks on April 6, 2017 which will keep him in Eugene through the 2022-23 campaign.

Prince had been playing for the United States U18 team at the FIBA Americas championship when she broke her tibia and fibula during a game against Puerto Rico last summer in Mexico City. After surgery, she said she hoped to return to the Longhorns for the 2019-2020 season.

Losing Prince is obviously a major blow for the Longhorns, who will be thin at the post position. The Longhorns will be without 6-4 center Jatarie White, who graduated in May. The only true post player on the roster is 6-5 sophomore Charli Collier, a McDonald’s All-American when she played for Barbers Hill High School.

Collier, who played in 31 games with one start, averaging 14.4 minutes per game her freshman season. She averaged 5.9 points and 4.3 rebounds per game and led the Longhorns with 20 blocks on the season.