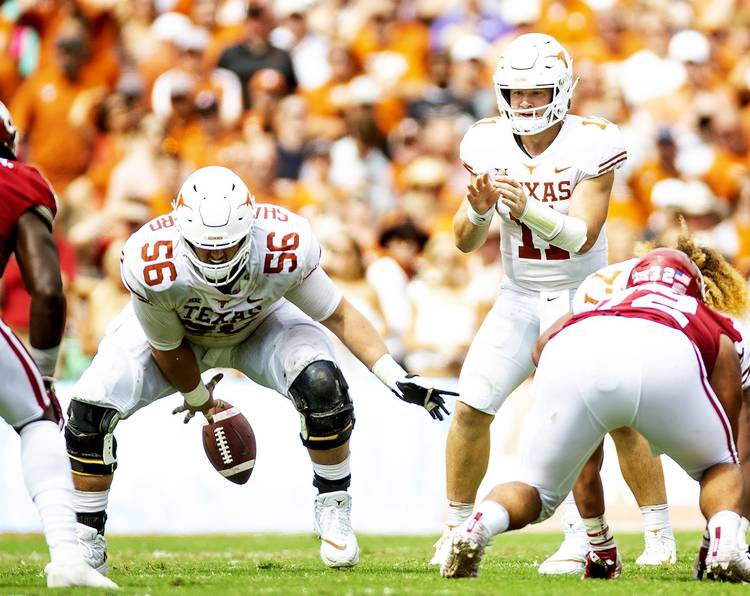 For the first time in a dozen years, Texas will enter a football season with the Big 12’s top offensive player on its roster.

Junior quarterback Sam Ehlinger has been named the Big 12’s preseason offensive player of the year, the conference announced on Tuesday. After compiling votes from media members who cover the conference, the Big 12 also honored Oklahoma linebacker Kenneth Murray as its preseason defensive player of the year. Sooner quarterback Jalen Hurts, who spent the past three years at Alabama, was recognized as the top newcomer in the Big 12.

Colt McCoy was the last Longhorn to earn this offensive honor from the Big 12. During that 2007 season, McCoy went on to throw for 3,303 yards and 22 touchdowns.
Advertisement

As a sophomore, Ehlinger threw for 3,292 yards and 25 touchdowns as Texas went 10-4 and won the Sugar Bowl. Ehlinger’s 16 rushing touchdowns ranked ninth among FBS-level athletes. He also set a Big 12 record when he went 308 passes without an interception.

The Big 12 will reveal its preseason poll on Wednesday afternoon. Next week, Ehlinger and Shackelford will be among UT’s representatives as the Big 12’s media days in Arlington.