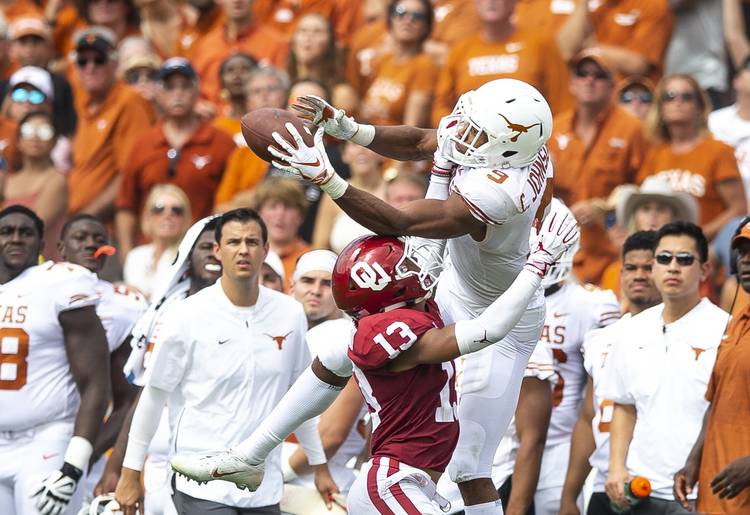 On Wednesday, there was a silver lining to where Texas found itself in the Big 12’s preseason football poll.

With 52 days to go before the start of the 2019 season, Texas was listed second in the projections of the conference standings. Texas earned 696 points from a voting body of 77 media members. The Longhorns also received nine first-place votes.

With 761 points and the remaining 68 first-place votes, Oklahoma topped the Big 12’s preseason poll. Oklahoma has claimed the first-place spot in the Big 12’s regular-season standings in each of the last four seasons. The Sooners have also won the last two conference championship contests.

Since the Big 12 abandoned its divisional format ahead of the 2011 season, Texas’ best showing in the preseason poll had been a third-place ranking in 2012. From 1996-2010, Texas was a six-time favorite to win the Big 12’s South division.

This year, voters appeared to be impressed with the upward trajectory of UT’s football program. Last season, the Longhorns won the Sugar Bowl and recorded their first 10-win season since 2009. Oklahoma, Texas and West Virginia, which were ranked fourth, ninth and 20th, were the Big 12’s only representatives in the AP’s final poll of the 2018 season.