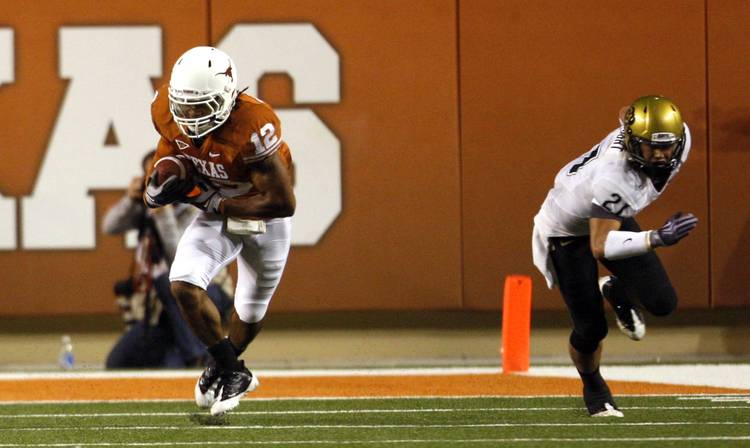 Texas defensive back Earl Thomas returns an interception for a touchdown during a 38-14 win over Colorado at Royal-Memorial Stadium on Oct. 10, 2009. (Ricardo B. Brazziell/AMERICAN-STATESMAN)

Who is the top Texas-produced talent in the NFL? According to the newest edition of the Madden video game series, the answer is Earl Thomas.

The player ratings for Madden NFL 20 were released earlier this week. The highest-rated Longhorn was Thomas, who earned a 95 rating (on a scale of 100). Thomas missed 12 games last season with a leg injury and moved from Seattle to Baltimore in the offseason, but his credentials were enough to make him the highest-rated free safety and ninth-best defender. In nine NFL seasons, Thomas has accumulated 28 interceptions, 11 forced fumbles and six invitations to the Pro Bowl.

Ex-UT standouts Justin Tucker and Michael Dickson have also received notable ratings. No kicker was rated better than Tucker, who has made 237 field goals in his seven years with the Baltimore Ravens.  One year after making his NFL debut, Dickson was dubbed the fifth-best punter.

Below is a list of how the former Longhorns have been ranked in Madden NFL 20, which will be made available to the public on Aug. 2. The game will have a feature that allows users to follow a quarterback from the college playoffs to the NFL. Three of the ten colleges in the game are Texas, Oklahoma and Texas Tech: