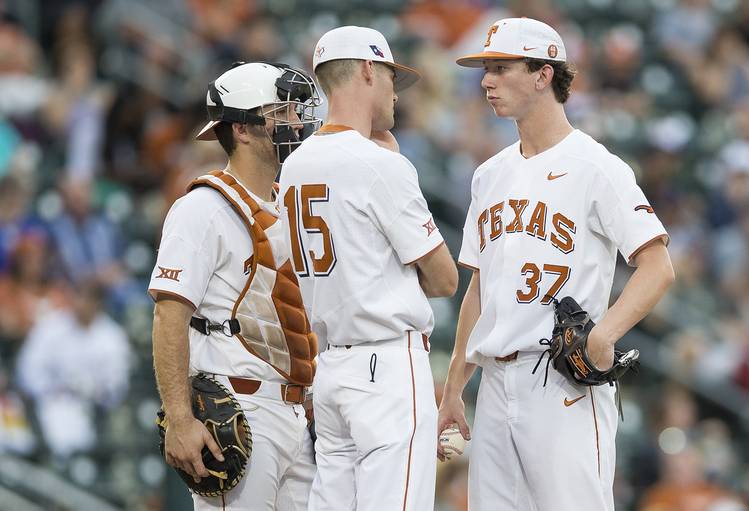 After years of stability, David Pierce’s coaching staff will undergo a makeover this offseason.

Pitching coach Phil Haig will not return to the Texas baseball team in 2020, a UT source confirmed to the American-Statesman on Tuesday. Citing Haig, Orangebloods.com was the first to report on the departure. Haig did not immediately respond to multiple requests for comment from the American-Statesman.

Although he was listed as a volunteer coach, Haig worked alongside Pierce with UT’s pitchers for the past three seasons. During that three-year stint, the Longhorns had 11 pitchers selected in the MLB Draft. Texas ranked ninth in the NCAA in 2017 with its 3.15 ERA.

That ERA, however, ballooned to 4.24 in 2018 and the woes worsened this spring. Texas failed to develop a third starter behind Bryce Elder and Blair Henley in 2019, and the young arms in the bullpen struggled. UT’s 4.37 ERA was its second-highest output since 2000. One year after reaching the College World Series, Texas went 27-27 and missed the Big 12 tournament.

Pierce has had the same coaching staff — paid assistants Sean Allen and Philip Miller and Haig — since he got his first head coaching job at Sam Houston State in 2012. Pierce brought those assistants with him to work at Tulane from 2015-16. That coaching staff then remained intact when Pierce took over in Austin ahead of the 2017 season.

Additional turnover may soon occur on UT’s coaching staff. Kendall Rogers of D1Baseball has reported that both Allen and Miller are finalists for the head coaching job at Sam Houston State.

UPDATE (5:15 p.m.): Haig has confirmed his exit from Texas. In a text message to the American-Statesman, Haig said he did not know what his next move will be.